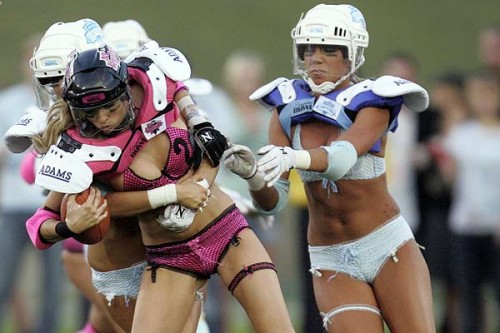 It does not require a great deal of imagination to work out the marketing strategy of the Lingerie Football League (LFL), which opens its debut season tomorrow (NZ time).

The underwear-clad female players are hoping, however – probably in vain – to be taken seriously.

The LFL, born out of the commercial success of the ‘Lingerie Bowl’, a halftime show of women in scanty outfits broadcast during the halftime break in the NFL’s Super Bowl, has 10 teams competing in seven-a-side full-contact American football, with players dressed in sports bras and the tiniest of shorts.

I suspect it will not be long until it is on Sky Sports. The AFL equivalent of beach volleyball!