Ms Turei says she claimed a benefit between 1993 and 1998. The habitation index – that’s an official public record of addresses collated from the electoral roll – shows Ms Turei listed at the same address as her daughter’s father, Paul Hartley, in both 1993 and 1994.

That’s significant – if she was living at the same address as her baby’s father she would not have been eligible for the benefit she claimed, the Domestic Purposes Benefit.

We showed the evidence to Ms Turei on Tuesday, and asked whether the electoral roll had not been updated or whether the father was living with Ms Turei.

“I’m not talking about the personal relationships or other people.”

This is very significant. If she was living with the father of their child, then she wasn’t even eligible to get any DPB at all. Saying “I’m not sure” is very suspicious. You know where you lived. Why would you be enrolled in a house you don’t live in?

But there is even more to this than Newshub has reported. Property records shows that there was a mortgage on the property in the name of Mr Hartley. That very strongly suggests he owned the property. So the rent she was claiming, was possibly being paid to the baby’s father.

Of course there may be mroe to this than what the electoral roll and property records suggest. But beyond doubt this will be information MSD will be wanting to evaluate to determine how much money Turei owes taxpayers, and if her deception rose to the level warranting criminal prosecution. 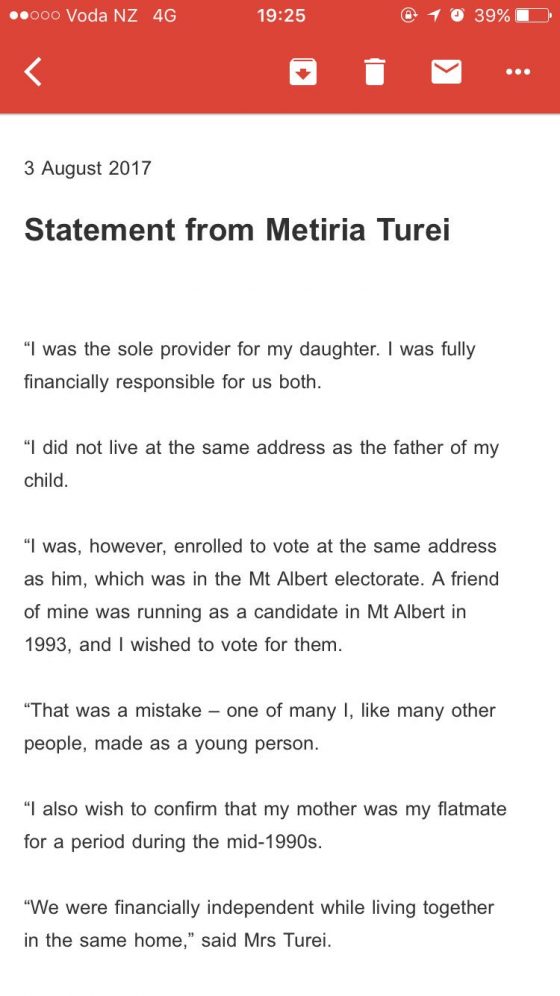