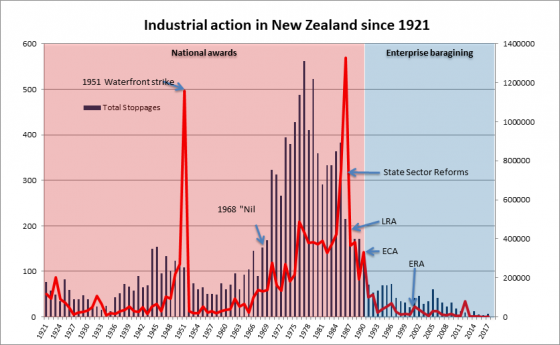 This shows the number of strikes and days lost due to strikes since the 1920s.

Labour is wanting to legislate for a return to the national awards we had in the 1970s.