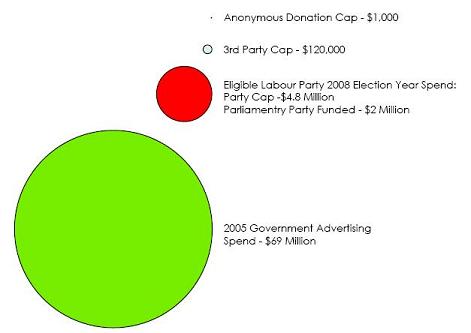 A reader, Clive, sent this graphic in which he produced. I think it is an excellent representation of the relative spends and limits.