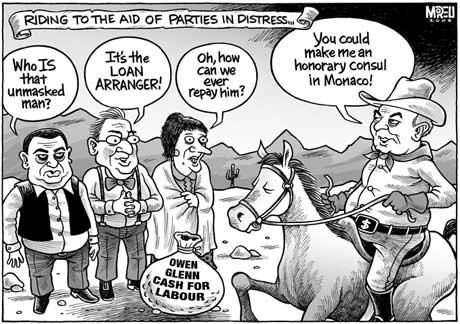 A nice cartoon from Mike Moreu.  He now just needs to add Winston on!