The Herald has a story reporting Air New Zealand’s response to the story on pay rates for Shanghai based staff on Air New Zealand flights. The Herald also rebuts some of the responses, and provides further information such as the fact one of the Chinese air stewardesses put on the Chinese rates is in fact a NZ resident.

They keep saying they are subcontracted through Fasco, but I have been sent a copy of a pay slip, and it certainly looks like they are paid directly. 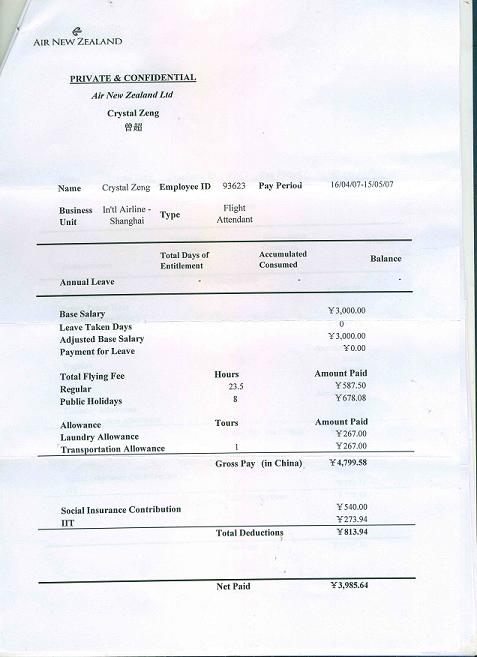