The latest NZ Law Journal has a very scholarly and lengthy five page article on the Electoral Finance Act by Roger Partridge and Jesse Wilson of Belly Gully.

This article is what Crown Law should have published to Parliament. They quote extensively from Australian, Canadian, UK and US court judgements and opinions. Their summary is worth repeating: 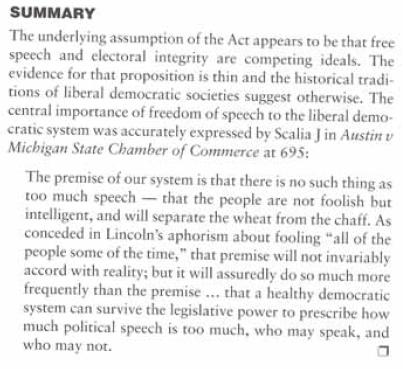 The full article is viewable as this pdf. I suggest people read the whole thing rather than make snide references to quoting Justice Scalia.