The National selection fro Selwyn has been under since around 3.30 p.m. with five candidates competing. The seat is about as safe National as one can get, so who-ever is selected will be an MP for a reasonably long time.

So far there have been three ballots, and it is down to the final ballot between Amy Adams and Alex McKinnon. This is pretty much a win-win as both of them are exceptional candidates, and someone at the meeting described one of their speeches as “Prime Ministerial” and the other as “Outstanding”.

I’ll update with the final result when known. There are several hundred voting delegates so it can take a while to count the votes. 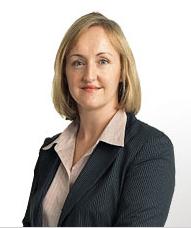 UPDATE: Amy Adams won on the fourth and final ballot. Huge congratulations to Amy and commiserations to all the others – great to have such a good contest with so many good candidates. The big winner is actually the residents of Selwyn who are going to get a superb MP.

Amy is a bit of a super-woman. She is in her 30s and manages to be a mum to two kids, a lawyer, a lobbyist for the NZ Health Trust, helps with the farm, chairs the local school board of trustees, is a director of various companies and oh yeah is training for triathlons.

It has been great to see so many good people being selected as candidates.