The annual Tomatina has just taken place in Spain. A photo from news.com.au: 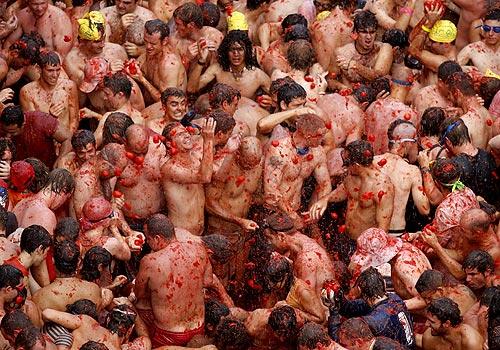