Jeanette Fitzsimons is going to stand down as female co-leader during the next term of Parliament. That will be one less MP from the enviornmental wing, and she is likely to be replaced by an MP from the communist social justice wing of Norman, Bradford and Locke.

With that in mind a reader has sent me this photo of the likely next co-leader. 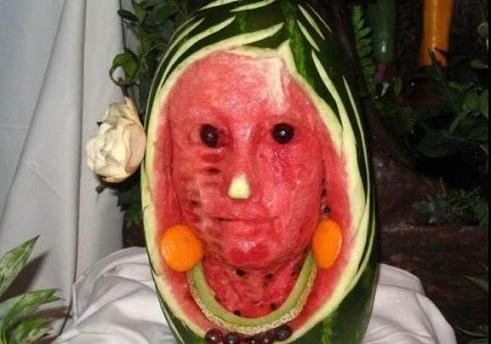 Now that’s a watermelon all right!