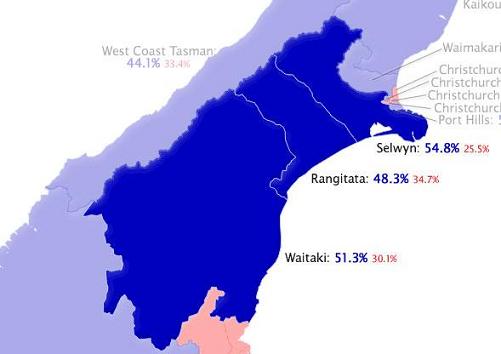 Another nice blue area, but with only three seats.

Selwyn replaces the old Rakaia seat, but on very different boundaries. On the revised boundaries National won the party vote by 15% in 2005, and in 2008 it went to a 29% gap. The Connell majority of 6,700 blossoms into a 10,200 majority for Amy Adams.