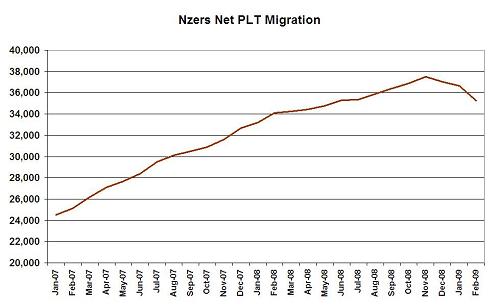 This is a graph of net permanent and long term migration of NZ citizens on a 12 month rolling average.

It’s probably all a coincidence, but did something happen in November 2008?