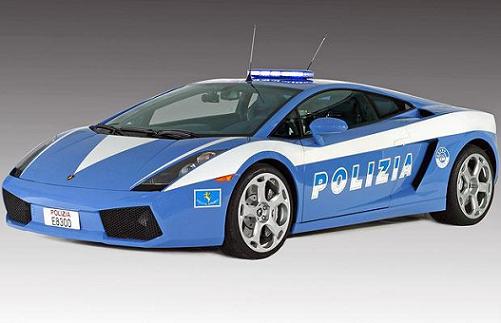 These would make police pursuits much more fun. These Italian police cars can hit 192 m/hr which is 307 km/hr.