I was one of the judges for the Best Website section of the Aotearoa Student Press Association Awards, so went along to the awards ceremony on Thursday night. 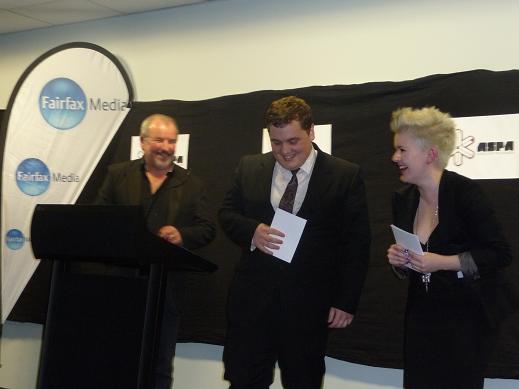 I knew a few of the other Judges, and got to meet some I hadn’t already met, such as the Dom’s Post Greer McDonald, and Nicky Hager. No doubt Whale and Cactus will expel me again from the VWRC for fraternising with Nicky. I did ask Nicky to consider revealing one day in the future (as in many decades time after the people involved are dead) who or how he got the National Party e-mails,for the sake of accurate history. 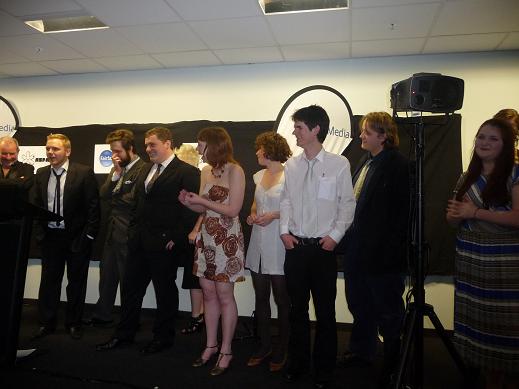 The Salient team accepting the Publication of the Year award, with editor Jackson Wood next to Barry.

Was a fun night. It wound down a bit before midnight when some headed into town. Thanks to Fairfax for sponsoring it, and well done to the winners and finalists.