What better way to spend a Monday than looking around the sole remaining wonder of the ancient world.

The pyramids are in the desert, but at the very border of Cairo. So it is very easy to get to them. 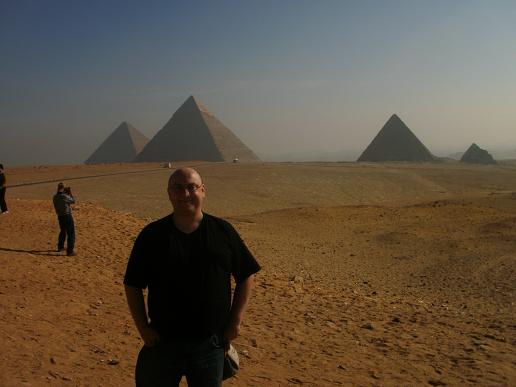 These are the three main Giza pyramids. The one on the left is actually the largest – known as the Great Pyramid of Giza. The pyramids are far older than the tombs at the Valley of the Kings. They date back to around 2560 BC, so are around 4,550 years old. 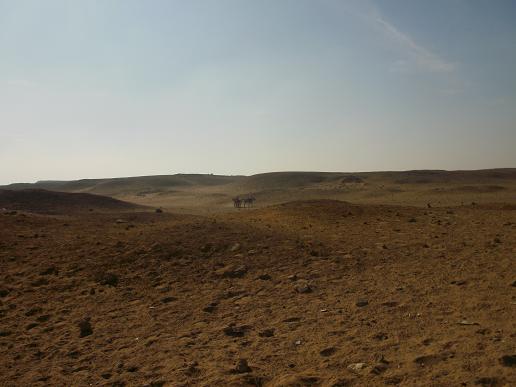 Rather than just drive up to the pyramids, I got dropped off in the desert, and enjoyed a walk through the desert. You really soak up the atmosphere that way. 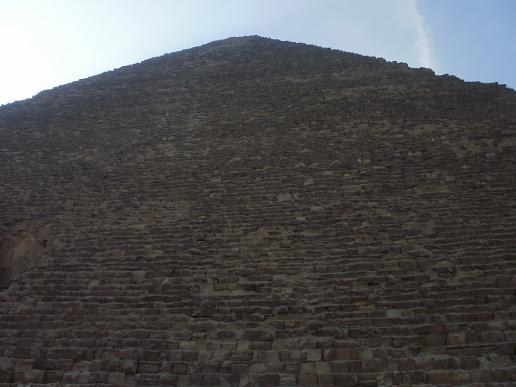 This is the Great Pyramid of Giza up close. It is estimated to have around 2.3 million blocks in total, weighing 5.9 million tonnes. You wouldn’t want someone to drop it on you!

It is thought to have taken 20 years to build, which meant moving 800 tonnes of stone a day. And they were not just dumped down. The four sides have a mean error of only 58 mm. 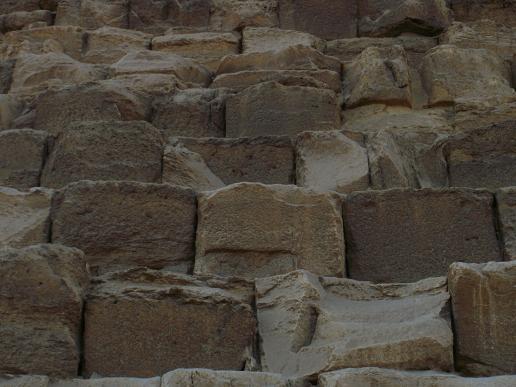 The blocks have got worn over the years, but for 4,500 years of wear and tear they are holding up pretty good. 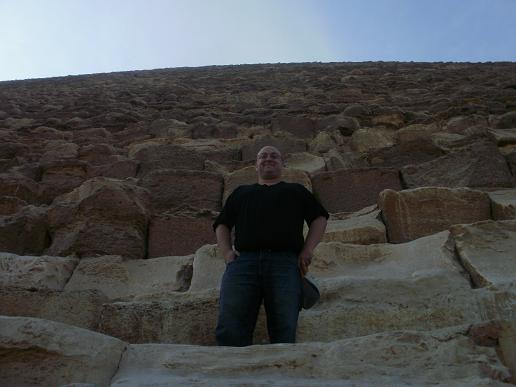 You can climb up the first few layers, but are not allowed to ascend to the top anymore. 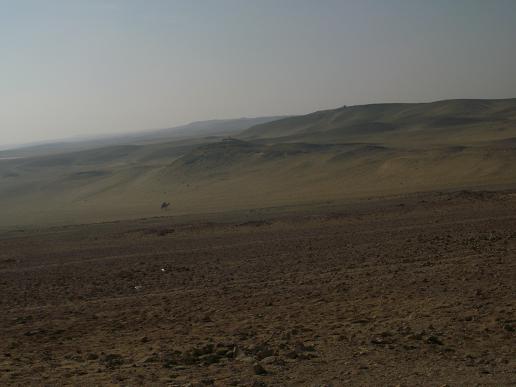 A lone camel crossing the desert behind. 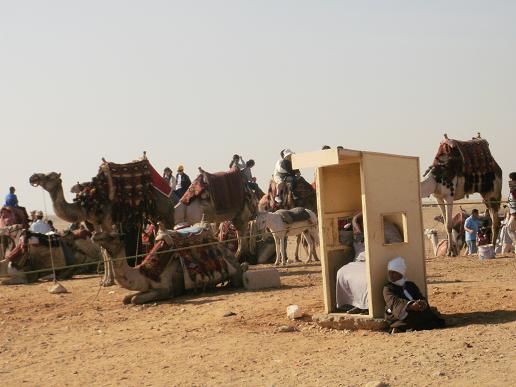 I declined to go on the camels as I had been warned that the price you negotiate is only for getting onto the camel, and that afterwards you also have to negotiate a price to be helped off, and by then you are in a weak bargaining position. 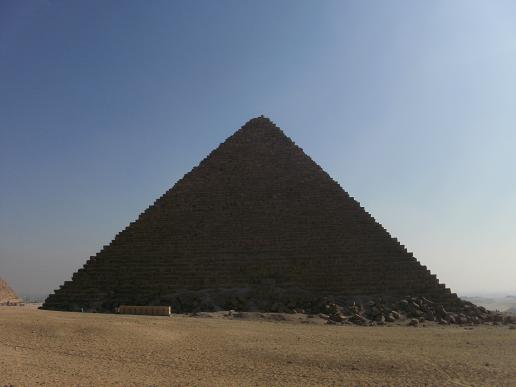 This is the smallest (but still large) of the three – the pyramid of Menkaure. The Great Pyramid is Khufu’s 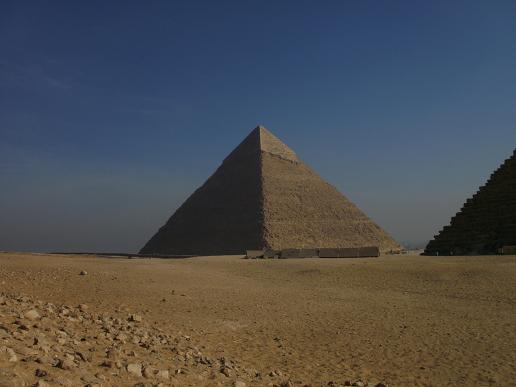 And this is the Pyramid of Khafre. 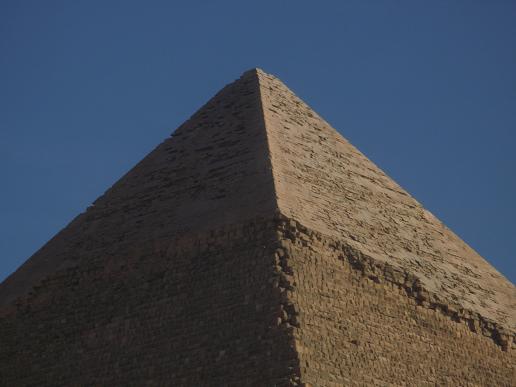 At the apex of Khafre’s pyramid, its “coat” is still in place. The Pharoah’s didn’t actually want people climbing their tombs, so they smoothe rteh pyramids out. But over time much of the outer layer has disappeared, exposing the surface below. 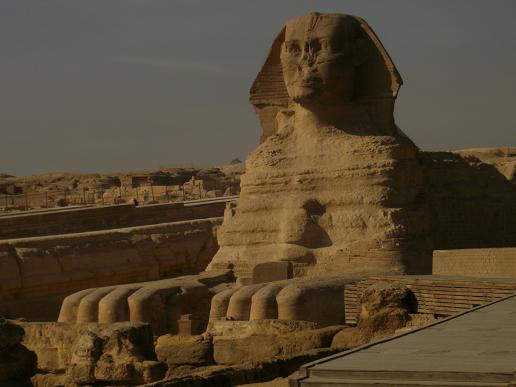 I think most people can identify the Great Sphinx. It is within walking distance of the three main pyramids. It is 74 metres tall. There is great debate about when it as created. Most think at the time of the pyramids, but some say it pre-dates them and may be over 5,000 years old. 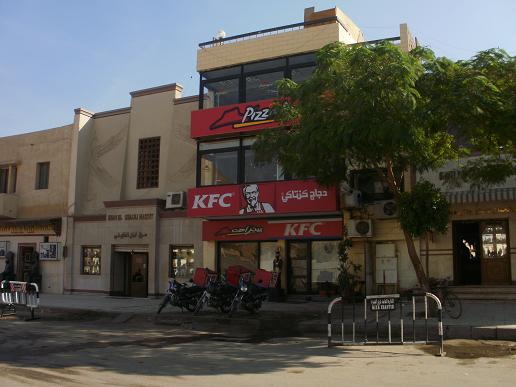 These shops are within 200 metres of the Sphinx. Sacrilege! 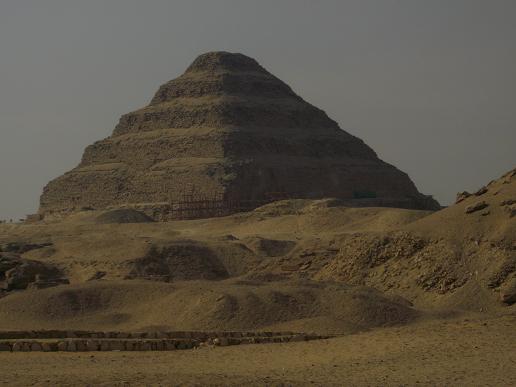 This is the Pyramid of Djoser, over at Saqqara. It was the first Egyptian pyramid and is 4,700 years old. 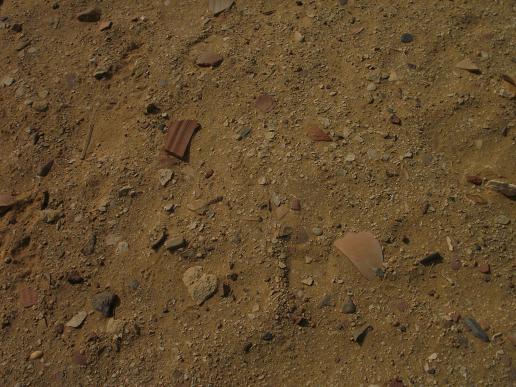 In the sand, you can see many fragments of pottery and other artefacts from the Pyramids. 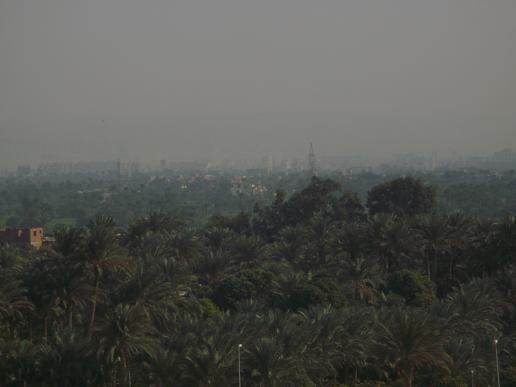 This is the general Memphis area, famous for its palm trees. Memphis was the capital of Egypt until 2200 BC. 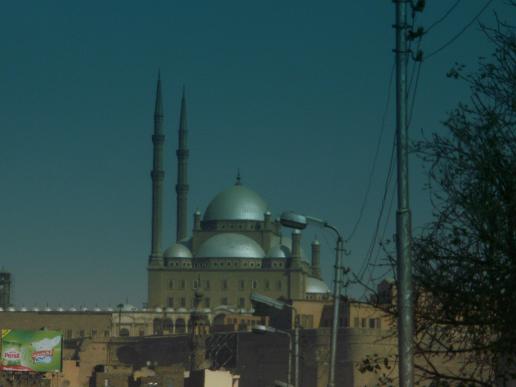 On the way home, went past the Saladin Citadel of Cairo. Ran out of time to look around it, so will keep for my return trip!