As well as the blend art exhibition, there was also a Science as Art photo exhibition. It was hosted at the Otago Art Society Rooms in the Dunedin Railway Station.

The artworks are from staff and students of entered into the Otago School of Medical Sciences photographic “science as art” competition. 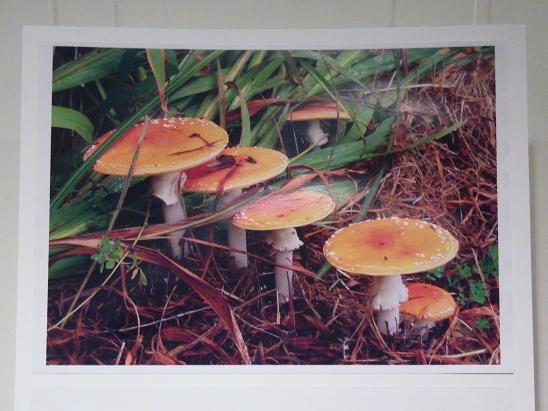 I love the colours in this photo by Ass Prof Grant Butt, titled “Step Ladder” 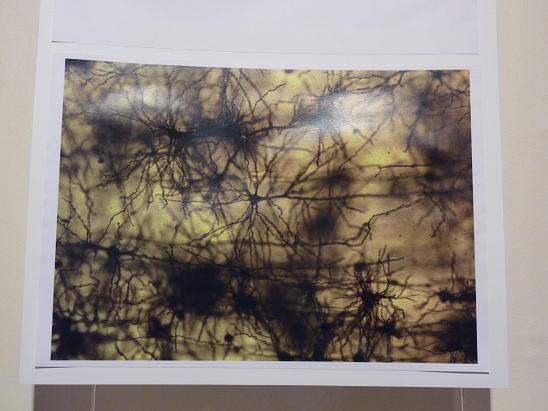 This is a photo of a Golgi-Cox impregnated neuron taken from an adolescent rat brain, taken by Mitch Hopping. 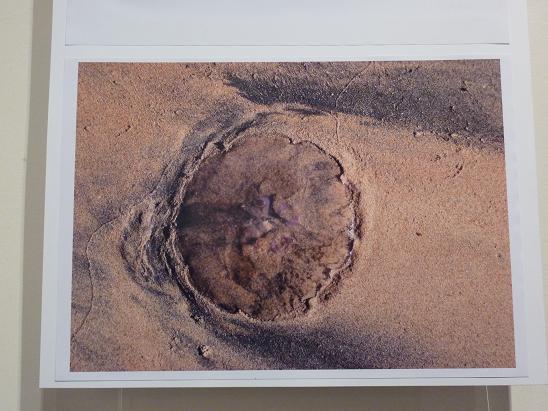 A jellyfish washed up on Ulva Island taken by Ass Prof Grant Butt. 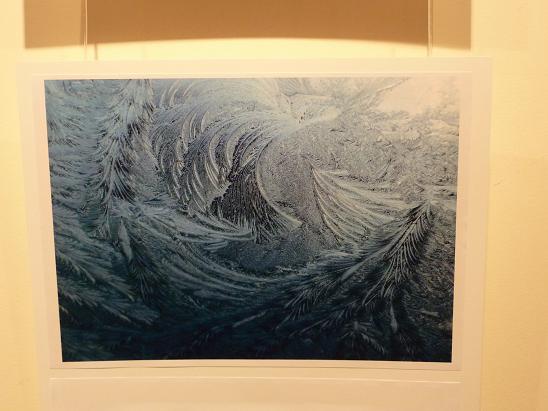 This photo, called Nice Ice, is of ice crystals on a car’s windscreen. Superb. Taken by Dr Judith Bateup. 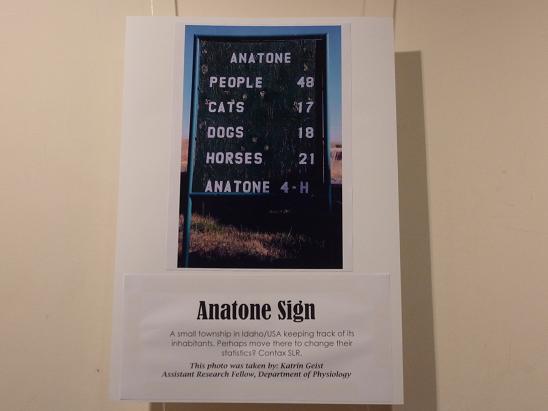 Not quite science like the rest of them, but I love the idea of a count of humans, cats, dogs and horses. 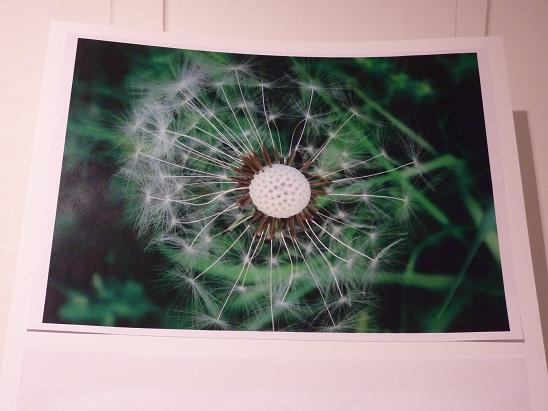 Called “Where golfballs really come from”, a great photo by Katrin Giest. 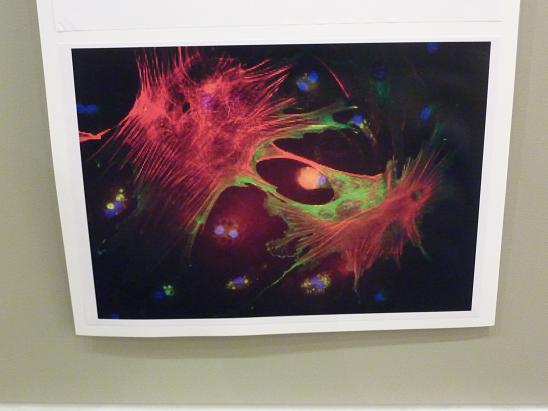 This is titled Aliens, and looks like it. But in reality it is an expression of vinculin and actin in mouse lens epithelial primary cultures. Taken by Dr Andrea Kwakowsky. 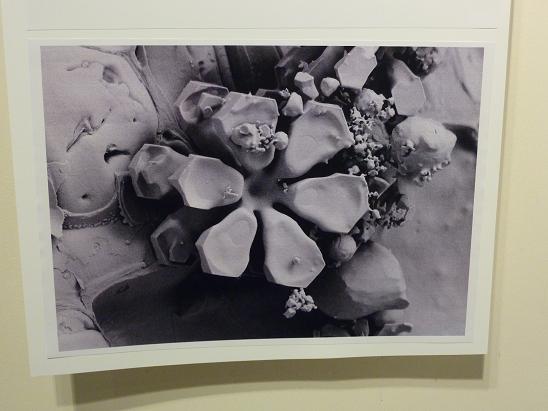 What a beautiful ice crystal. Taken by Liz Girvan. 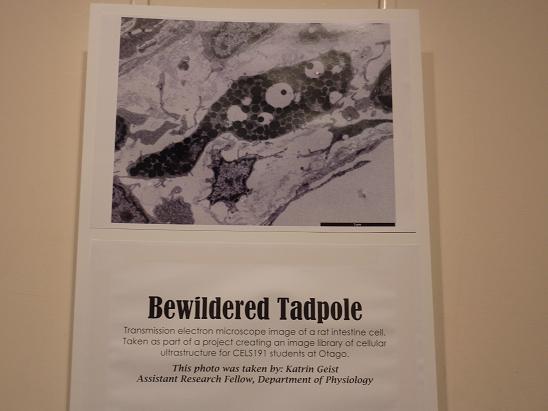 And as you can see a rat intestine cell that looks like a bewildered tadpole.

It was a very cool exhibition to view.