Downstage’s The December Brother was an eclectic mix of performances. There were three productions in one, or four if you include the ad at the beginning.

The evening started with an actor driving a car, and then you realise it is two actors – one is a sort of disembodied head. You see the head yawning and blinking and start to think this resembles an LTSA road safety ad. And in fact it turns out it was a road safety ad – a live performance one. Quite a novel approach, and did make an impact.

The first performance was about a woman finding out she was adopted and tracking down her adopted parents, and sort of linked to the third performance which was about finding out your long lost relatives are – well your step-brother is awaiting trial for killing your birth mother.

They were not particularly funny performances (with the exception of the scene with the aunt, which was slapstick funny), but were meant to be more dramatic, than humourous. I found them pretty good, but they went on a bit long. I doubt I would have gone to see them by themselves. 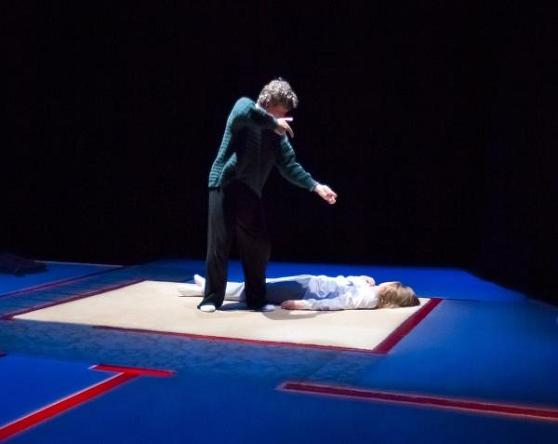 You could hear a pin drop during these scenes, and I found them quite emotional – the reconstruction of the poor kids getting shot, in some cases begging for their lives.

As for who did it, I think Danyl McL sums it up best:

They’re pretty even-handed; they don’t take sides and the actors make great choices to render both David and Robin’s actions believable. But sitting there watching while Robin Bain enters his house, takes off all his clothes, puts David’s clothes on, walks around the house and kills his family then takes David’s clothes off again, puts them in the washing machine, walks back through the house naked, puts his own clothes on and then commits suicide – let’s just say it removes any lingering doubts.

I actually had to stop myself laughing at one part, just at the sheer implausibility of the Robin did it scenario being played out in front of me. But despite that, it does have dramatic tension. 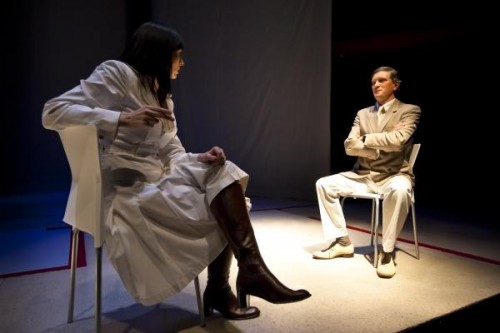 They used the same cast of four throughout, and they all performed well. Nikki McDonnell, as the adopted Rebecca was especially good I thought.

Overall was a good performance. However I never worked out what the hundreds of bottles on the stage for the third production represented. It looked like the world’s largest urine collection.