Oh dear. Whale has the photos and a story. Some clever Labour activists were out campaigning for Len Brown. To maximise publicity for Len, they parked his sign written van outside a popular nightclub.

Not so smart, is they left an e-mail printout face up on the dashboard in plain view – and a civic minded citizen took a photo. 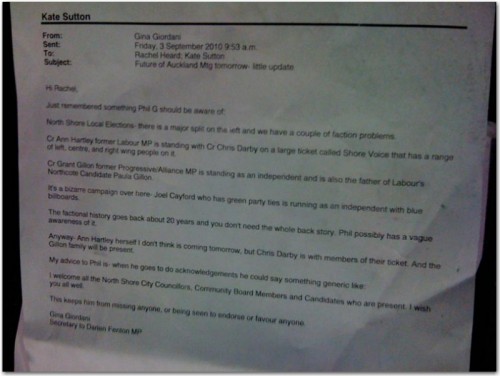 Now we known with­out a shadow of a doubt the paid Labour staffers are help­ing Len Brown’s cam­paign and that they think that the left wing cam­paign on the North Shore is “bizarre” and has “fac­tion problems”.

Nice of them to share this with the world.