Without any attempt at double entendre, it could only be described as a slip of the tongue. The former French justice minister, Rachida Dati, 44, has become an overnight internet sensation after accidentally using the word “fellation” instead of “inflation” in a television interview.

A clip of her mistake has become one of the most viewed items on the French-language internet. The former minister, now a Euro MP, was talking about job losses at Lejaby, a foreign-owned French company which specialises in lingerie.

“These foreign investment funds are only interested in excessive profits,” she said. “When I see some of them demand a return of 20 or 25 per cent, when fellation is almost non-existent… I say they are just trying to destroy businesses.”

Oh this is a superb gaffe. Almost as good as John’s Carters “cunning stunt” a few years back.

To make it worse for the MP she is rather attractive, which makes her comments more noticeable. 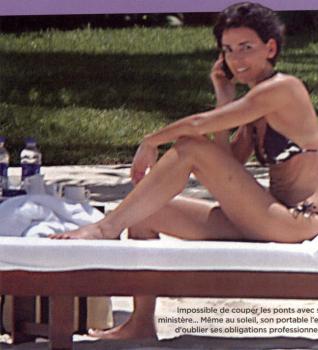 Did I say rather attractive? Maybe a bit more than that!