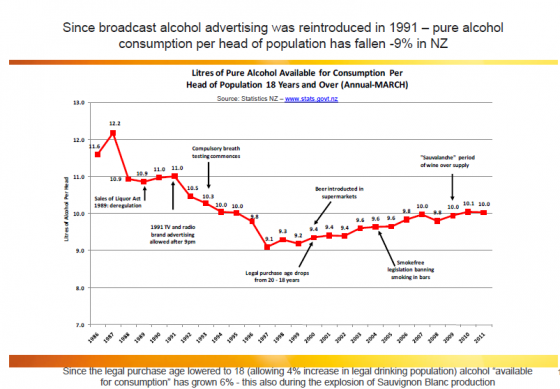 Got sent this graph by a reader in the alcohol industry. As people will know liquor advertising is blamed for a lot of things. In fact the Law Commission recommended banning all alcohol advertising and sponsorship – even Tui billboards.

While I do think breaches of the advertising standards for alcohol should carry penalties (at present you just get told to withdraw the ad), I am not convinced there is any case for an overall ban on alcohol advertising and sponsorship.

Having said that, I think there are some issues around price advertising (as opposed to brand advertising) and loss leading that are worth considering changes to.