Readers may recall Daljit Singh. He was the Labour candidate for the Papatoetoe Community Board who was arrested by the Police and charged with forgery. Singh is a real estate agent, whom Labour made a JP some years ago. The Police allege Singh and a partner forged documents to register multiple voters to addresses, sometimes as many as 40 at one place.

Now Singh has not yet had his trial. But the laying of charges indicates the Police believe they have proof of his offending, and then Labour Party President Andrew Little said:

But it appears there is a great deal of tolerance. Whale has this photo from two weeks ago in October: 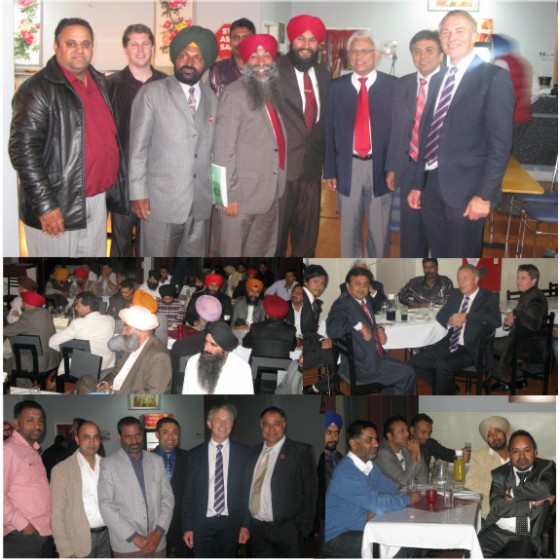 Singh is three to the left of Phil Goff. But this was not just some random fundraiser than Singh happened to occur. It seems he was one of the organisers of it!!!

So Labour are happy to have someone who is facing electoral fraud and forgery charges, organise fundraising functions for them? This is what they call no tolerance? Having the Party Leader pose for photos with a candidate who has been charged with forgery?