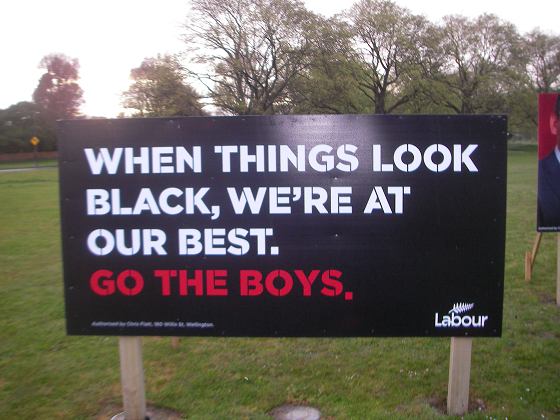 How desperate is this, to try and associate themselves with the All Blacks?

I wonder if they’ll do them for the league also, to repeat the damage from the attacks on Sir Peter Leitch?