Claire Trevett at the Herald writes:

Act’s Epsom candidate, John Banks, and party leader Don Brash are campaigning separately, but Mr Banks denies he is promoting himself at the expense of his party to try to win the Epsom seat.

Asked on Campbell Live what brand he was presenting to Epsom voters, Mr Banks said, “Brand Key”, and talked about the popularity of Prime Minister John Key and ensuring National remained in power.

It’s certainly true that John Banks is downplaying the ACT brand, as he needs National voters to tactically vote for him.

But Banks is not the only candidate debranding himself from his party. Whale sent me this photo. 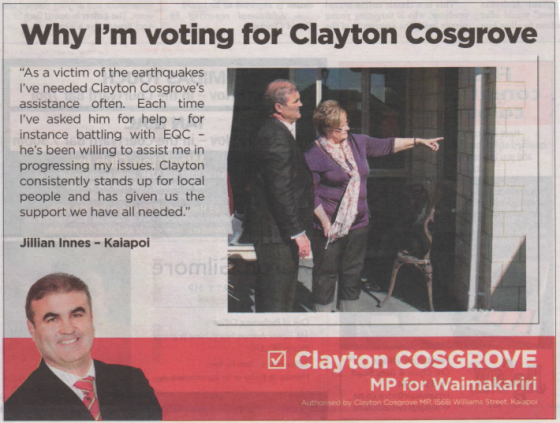 He is the 6th highest ranked Labour MP, and he won’t even put the party logo on his advertisements.