Matthew Hooton writes in the NBR:

Charter schools have received most attention.

So obviously will this idea benefit the most disadvantaged children that it is shameful it wasn’t implemented years ago, especially as it can be done under existing legislation.

The concept is almost left-wing – that all children are different and require a school environment tailored to their needs, not the ideologies of bureaucrats or unionists – and New Zealand already has charter schools of sorts.

Indeed the schools are not new, but the extra flexibility they may have could be.

Catholic integrated schools and those based on particular pedagogies such as Montessori or Steiner are also effectively charter schools.  Dr Smith’s tenure saw the first state-funded Hare Krishna school.

The idea is to give poor families the same educational choices as rich families, and bring new ideas into the system.

But there will be opposition!

The teacher unions, of course, oppose the idea with extraordinary ferocity.  They know that, if the charter school trial is successful, their vision of a single system, controlled by them, with no ability to compare either students or schools, and therefore no possibility of accountability, will be dashed.  They also know that, without their intervention, the trial is likely to succeed.

Vicious campaigns will be launched against the new schools and the teachers who work in them.

Pickets will try to prevent students from attending them.  The atmosphere the unions engender will encourage attacks on students planning to attend the schools …

Now Matthew may be resorting to a bit of hyperbole here, but if he is correct could we see scenes like the below in New Zealand? 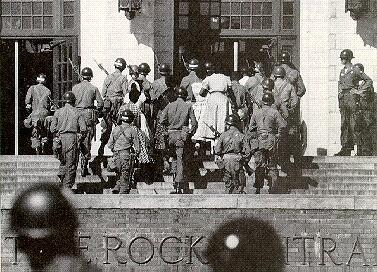