Had my eighth and final safari drive around Kruger.  It sounds a bit silly, but eight hours a day driving around is actually quite tiring work – these are not smooth roads you’re on but you’re bumping up and down all over the place. 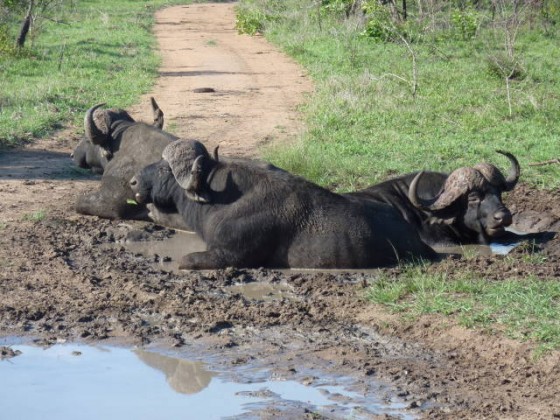 I loved this sight. Three buffalo bulls having a mud spa pool to cool down. I half expected them to be playing poker also. 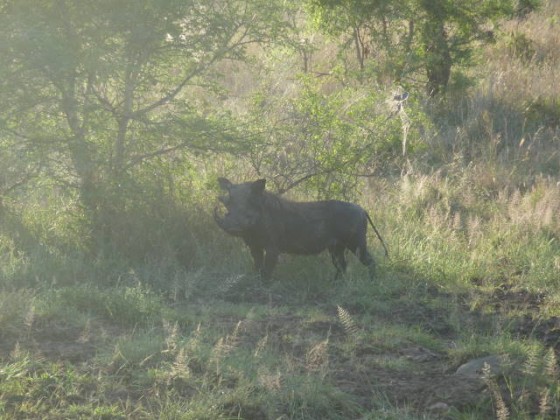 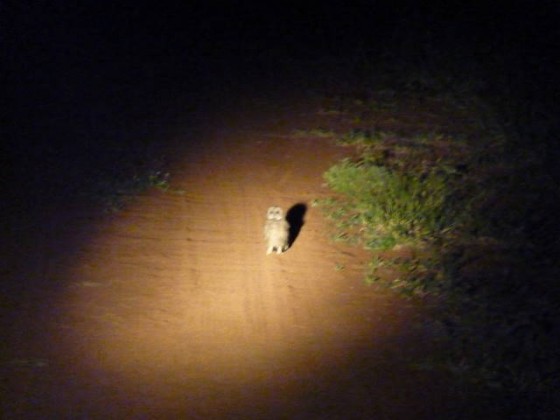 And this little fellow we almost ran over is a grass owl. 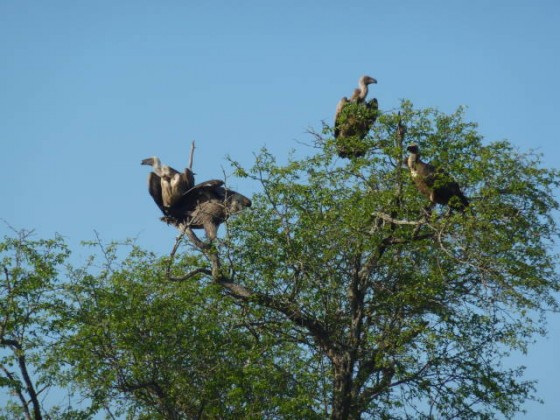 The vultures in a tree meant there was some carcass nearby but the predator was also still around, hence they were waiting up there for it to be safe to feed. 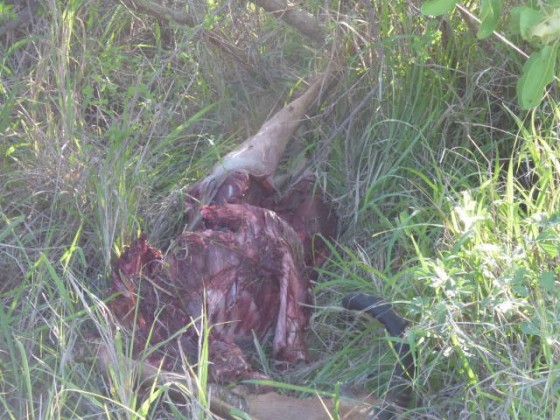 And we found the dead antelope, which had been killed by a leopard. 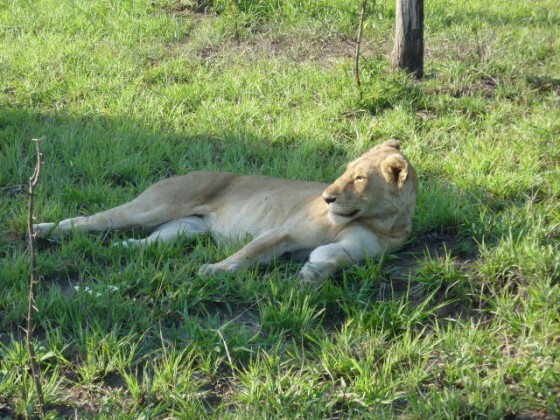 A lioness enjoying the sun. 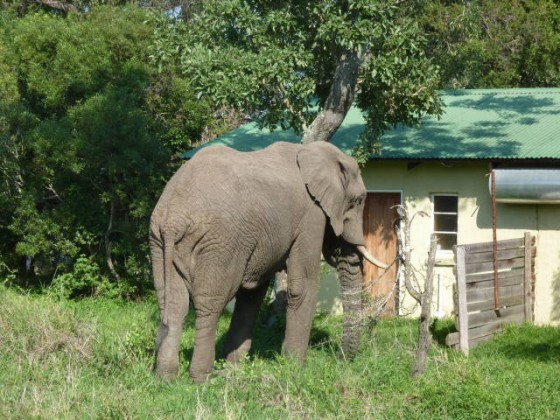 I told you the wild life goes pretty much everywhere. Can you imagine walking out your door to have an elephant staring at you from two metres away?