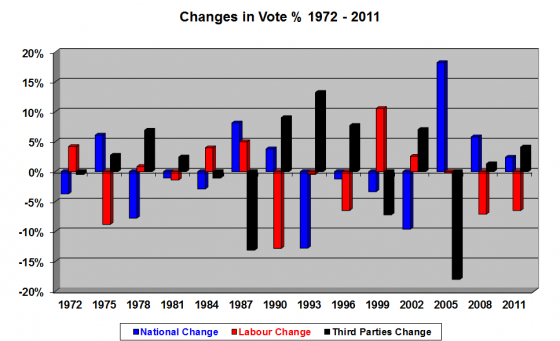 I’m going to do a series of graphs looking at elections over time. This one I find quite good as it shows simply the change for National, Labour and the minor parties combined.

As one can see National has had quite an extraordinary run for the last three elections, growing their vote three times in a row. Something not really done before.

Labour’s drop in 2011 was in fact slightly smaller than their 2008 drop. Together though they are slightly larger than the combined National losses in 1999 and 2002.

I won’t dwell much on the third parties, as a seperate graph on them is coming. However you see how much 2005 was very bad for them.