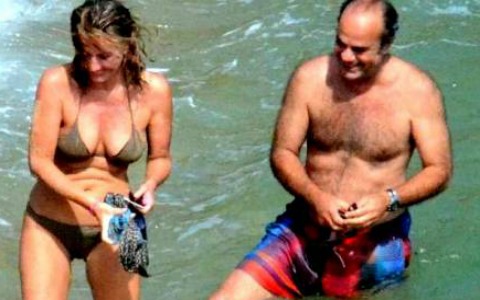 Normally just some lovely photos of a couple having a romantic holiday.

The problem is that Monsignor Fernando Maria Bargallo is a Roman Catholic Bishop. Or he was, having now resigned.

He’s in pretty good shape for a 57 year old. Personally I think it is far better than priests have sex with consenting adult women, than choir boys.