The Electoral Commission has recommended three significant changes being:

I’ve modeled how the 1996 to 2011 elections would look under these changes. They are: 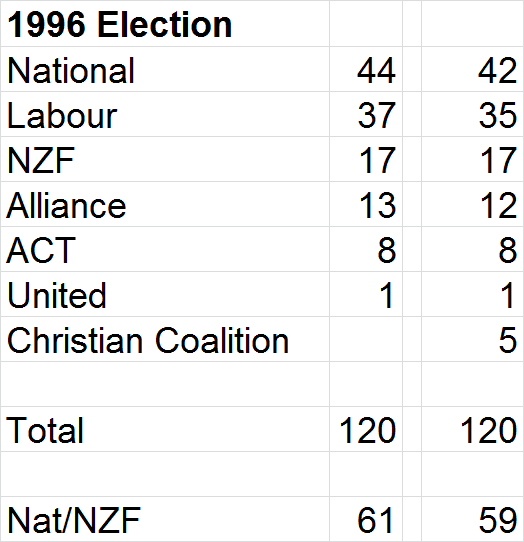 In 1996, this would have resulted in the Nat/NZF Govt being unable to govern as they would have fallen two seats short of a majority.  Rev Graham Capill would have become an MP and Party Leader of a five person party. Either ACT or Christian Coalition would have been needed to join Nat/NZF or it would be a Lab/All/NZF Govt.

In 1999, there would have been no change under different rules. 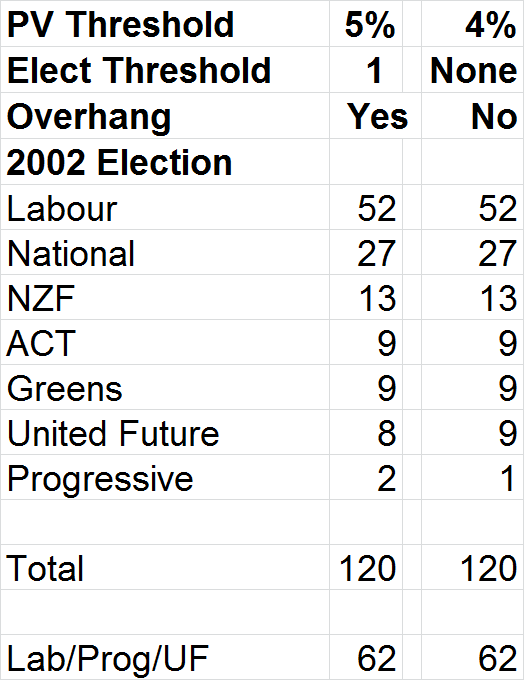 In 2002, the only change would be United gain a seat and Progressive lose a seat. 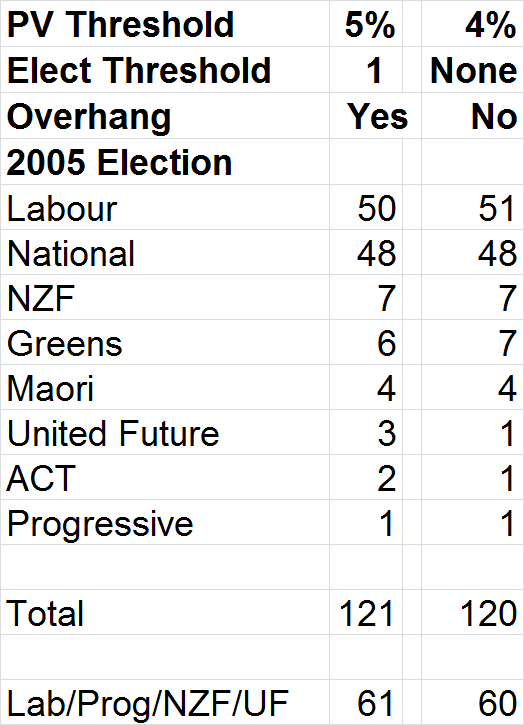 In 2005 there would have been a significant impact as the Lab/Prog/NZF/UF Govt would be one seat short. Either the Greens (whom NZF had vetoed) or Maori Party (last cab off the rank) would have been need by Labour also. Alternatively Nat/NZF/Maori/ACT/UFNZ could get 61 seats. Either way the combinations look pretty unstable. 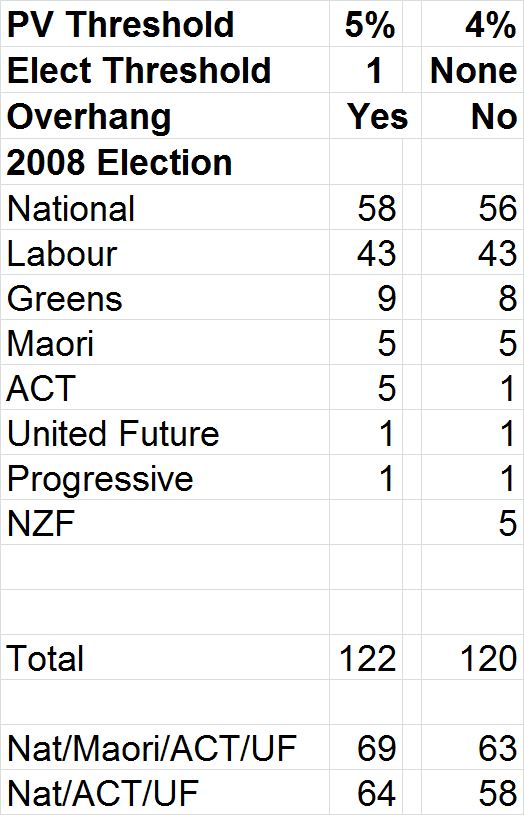 In 2008, National would have been unable to govern without the Maori Party as Nat/ACT/UFNZ would have gone from 64 seats to 58 seats. One could have ended up with a Lab/Gre/NZF/Maori Government. 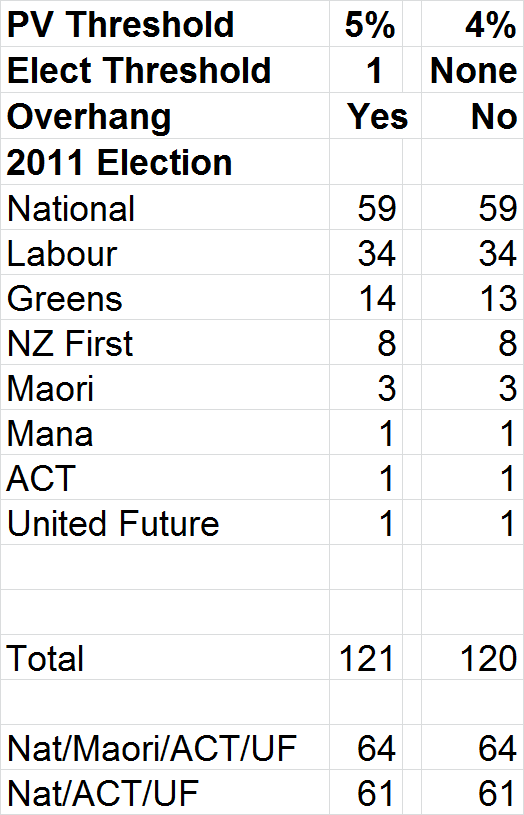 The only change in 2011 would have been one less Green MP.

So overall in 1996, in 2005 and in 2008 these changes would have meant a different Government being formed, than what was possible under the status quo. It may have seen Labour. not National, form Government in 1996 and 2008 which is partly why Labour likes the proposals, and National do not.

However the past is not necessarily the future. A lower threshold may benefit the CR more than the CL, if it allows the Conservatives in.

UPDATE: I mistyped the party vote for the Greens in 2011, so in fact they stay the same and National would lose an MP in 2011 under the EC proposals. This means that in 2011 as well as 2008 the Maori Party would hold the balance of power.