Victoria University publish a book reviewing each election campaign the year after.

The 2011 book is called “Kicking the Tyres:The New Zealand General Election and Electoral Referendum of 2011” 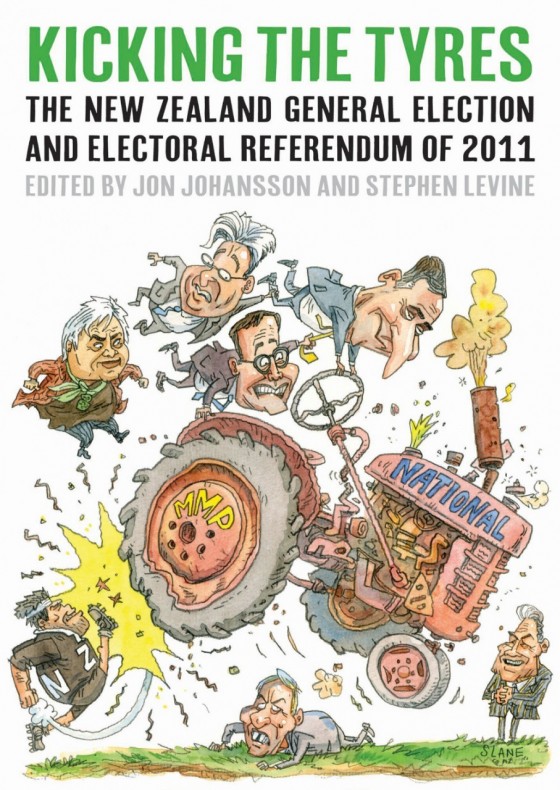 It’s a must read for political professionals and enthusiasts. You can pre-order it from the link above, and it is launched on the 26th of November by no less than the Prime Minister.

Some of the topics are:

Kicking the Tyres includes among its authors some of the winners of the 2011 election – New Zealand First’s Winston Peters; the Greens’ Metiria Turei; National’s Steven Joyce; United Future’s Peter Dunne; and the Greens’ Mojo Mathers.

What went wrong is the subject of chapters written by participants from other parties, including Labour’s Grant Robertson and high-ranking candidates from the Maori Party, Mana and ACT.

Kicking the Tyres views the campaign and the election from a variety of angles and perspectives. New Zealand’s wittiest political commentator, Jane Clifton, writes about ‘the worm’ and other inanities of 2011. Jon Johansson and Colin James discuss John Key’s leadership and the impact of the Pike River mine disaster and the Christchurch earthquakes on the government and the country. Other contributors examine the images and ‘brands’ of New Zealand’s political parties and their leaders; the role of Facebook in the election campaign; the opinion polls and pollsters – which were the worst, which the best; how well New Zealand television performed with its political experts and ‘pundits’; how the government’s coalition was formed; and Maori politics, Parliament, and the future of the Maori vote.

Kicking the Tyres includes a special section on the MMP referendum, with chapters from the leaders of the pro- and anti- groups – the ‘Campaign for MMP’ and the unsuccessful ‘Vote for Change’ – and an analysis of the vote and its aftermath by well-known commentators Therese Arseneau and Nigel S. Roberts.

I’m looking forward to buying and reading it.