Don Brash writes in the Herald:

Your columnist Bernard Hickey often writes articles with which I agree, but he has a real blind spot about monetary policy. Not long ago he was advocating printing money to reduce the foreign exchange value of the New Zealand dollar and avoid the need for so much government borrowing, apparently oblivious to the inflationary effects of such a policy. Yes, other central banks are printing money and buying government bonds, but they are all faced with potential deflation and have already reduced interest rates close to zero.

We are not in that situation by a very long way. 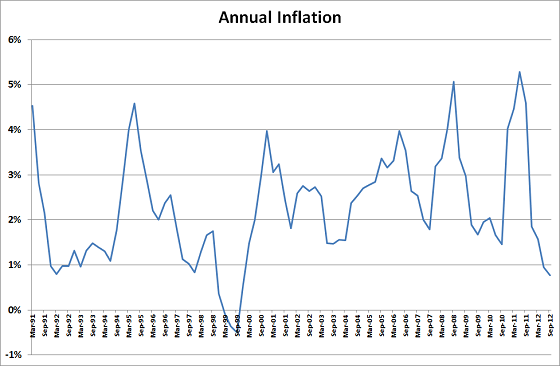 If anything, we have had too much inflation. Those who say the answer is more inflation should be disregarded. How much more? Do we want 5%? 10%? 15%?

Low inflation does not cure all ills. But higher inflation helps nobody (except property speculators). It doesn’t even stimulate employment as we used to believe, except briefly by temporarily cutting real wages.

And while printing money or drastically easing monetary policy might get the exchange rate down, we know from bitter experience that this provides only temporary relief for exporters as higher inflation quickly offsets the benefits of a lower exchange rate.

For decades we could compete on international markets with the New Zealand dollar at US$1.12. Now we can’t because too often we listened to those who argued for just a bit more inflation.

The answer is not more inflation. The answer is greater productivity. You can’t print money to make a country richer.