Terry at The Conservative is upset with Harvard. Why?

First with their approval of a bondage club, and the second with a flyer sent by one of their single-sex social groups inviting people to their club which included the following statement: ‘Jews need not apply.’ ‘Seriously, no f*****g Jews.’

I think a bondage club is an excellent campus club. Much more useful than a debating club where all they do is talk and argue. All the Vic DebSoc members would be far better employed to get their kink on, than spend an hour arguing for and against paid parental leave!

But what about this Jew hating club? Well here is the pamphlet for it: 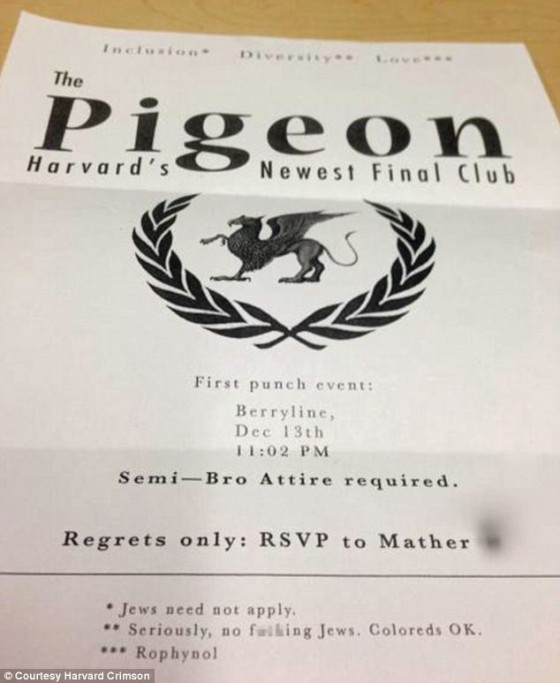 You will notice these liberals—when exposed to media attention—try to pass off the Jew hate as satirical.

Umm, I don’t think anyone could read the above flyer and not think it is satirical.

I’m reasonably sensitive to anti-semitism but I actually think the flyer is hilarious – it is satirising anti-semitism like Southpark does.