The 2012 Half Year Economic and Fiscal Update has just come out. A couple of interesting graphs from Bill English’s presentation. 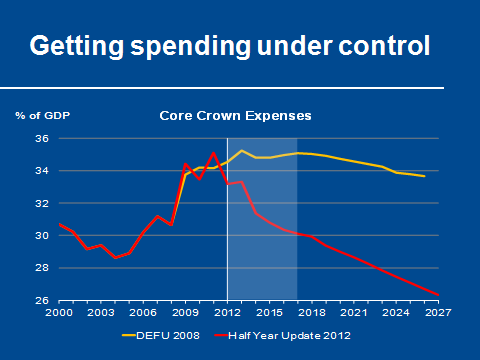 It is worth considering that the reduction in spending has occurred despite the Christchurch earthquakes. Spending at 35% of GDP is not sustainable, and in my opinion needs to get below 30%. 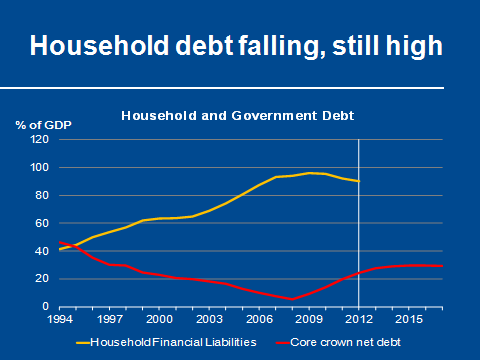 The turn about in household debt or savings is the reversal of a 15 year trend. It reflects the new world we are in.