Did the Mt Vic loop walk this morning. At first overcast and looked like rain, but by the end of the walk, the sun had burnt all the cloud away and was sweltering. 85 minutes in total and you do 5 kms but a fair amount of uphill. It is basically a figure of eight loop. 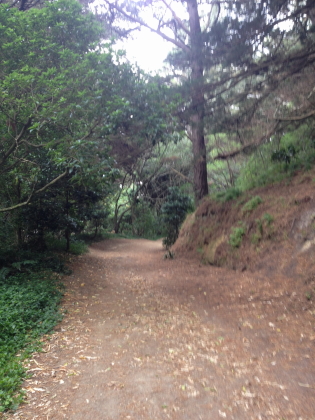 You start at Charles Plimmer Park at the top of Majoribanks Street and head up on the Hataitai to City walk track. This is the one that had Lord of the Rings filmed just off it. 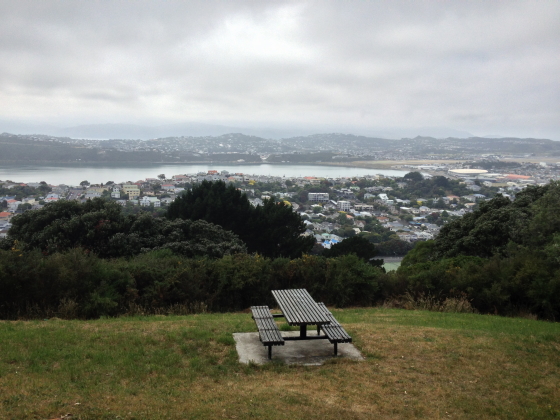 A view of central to southern suburbs as you head along the western side of Mt Vic. 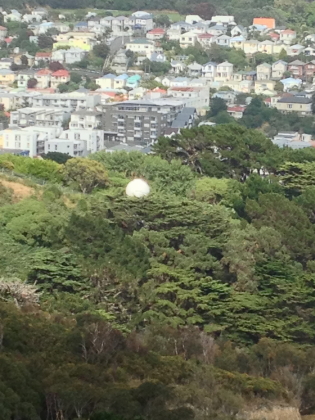 That looks like some sort of observatory near Government House. Anyone know what it is exactly? 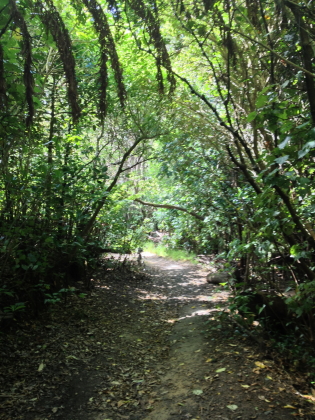 Nice shadowy bush track on the eastern side. 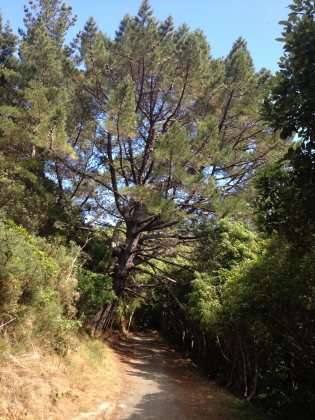 This tree is on a definite lean! 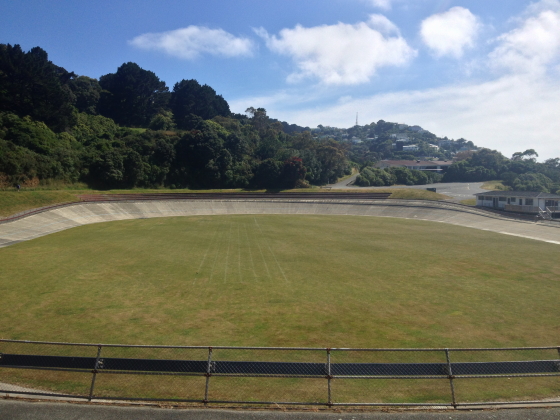 The Hataitai Velodrome, which you circle around. 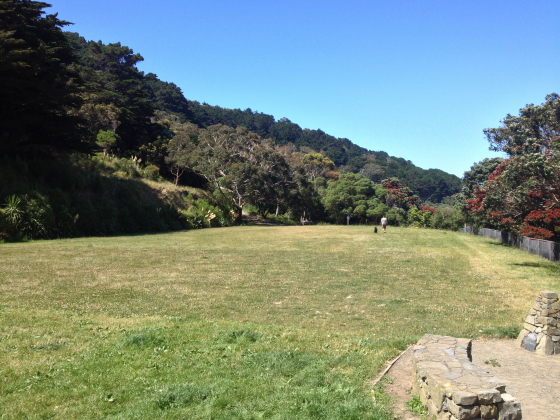 Charles Plimmer Park where you start and finish.

There are literally scores of walking and cycling tracks on Mt Vic. If I lived next to it, I’d spend all my time exploring them.

The loop track isn’t signposted as such. It is a combination of four other tracks. But once you work out where to go, it is a great view of both the CBD and the eastern suburbs.

Last time I did this track, they found a dead person there the next day – hopefully no repeat this time!