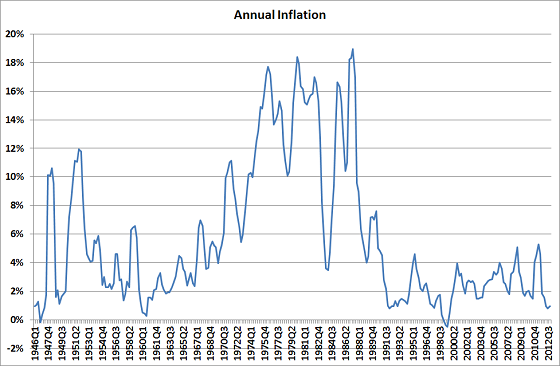 Stats NZ have published the latest CPI and inflation remains at 0.9%. The graph above shows what inflation has been since WWII. It is due to inflation that we are no longer competitive as an exporter unless the dollar is lower. 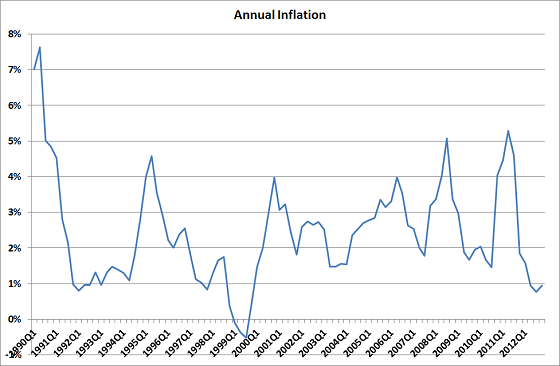 And inflation since 1990, showing the tail end of the 4th Labour Government, and those since.

Inflation over each three year term has been:

Printing money to fuel inflation is like a sugar fix. It gives you a temporary rush, but makes you sicker in the long term.