Went to see Django Unchained at the Empire Theatre in Island Bay. A great little theatre, which was well patronised. A nice place to see a movie, and then dinner afterwards at Original Thai just down the road.

Anyway – to the movie.

It is classic Quentin Tarantino. The corny music, the oversized text, the blood and splatter, the lethal protagonist.

If you liked Kill Bill, you’ll like Django Unchained.

Leonardo DiCaprio excels as a charming but nasty slave owner. And Samuel L Jackson is unrecognisable as the “house nigger” who hates Django.

There are heaps of scenes where you will laugh out loud, and a large number of great gun battles.

It is a wonderful spaghetti western. Highly recommended if you like Tarantino’s work.

My only complaint was no strong female character. 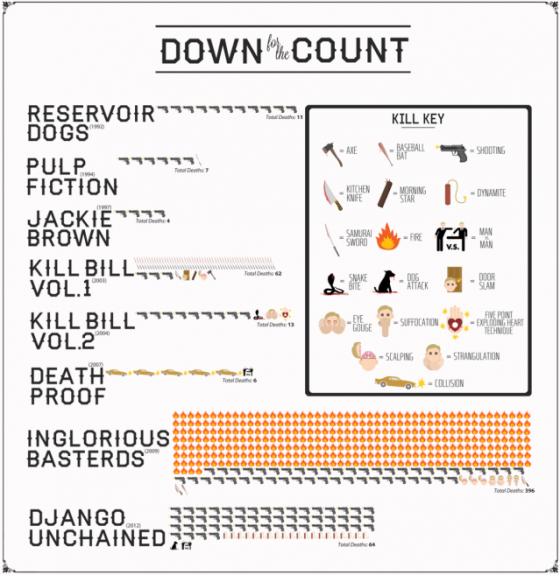 This graphic from Vanity Fear shows the death toll and method for each film.