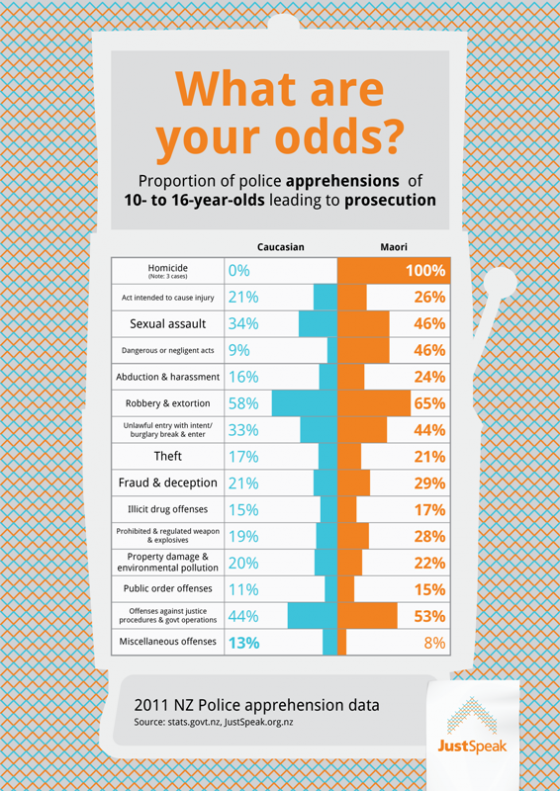 Just Speak have produced the infographic above.

It is an interesting infographic, but as Anne Tolley says you can’t draw conclusions from it.

What I’d be interested to see is say a comparison by ethnicity for first-time offenders of the same age for the same offence.