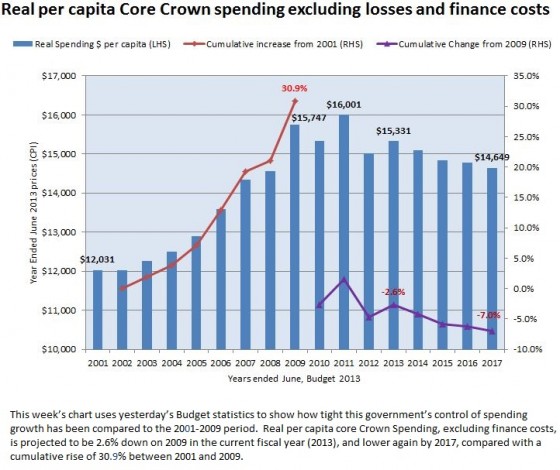 This graph from the NZ Initiative is an insightful one. It shows the massive increase in real spending per capita up until 2009 and the fiscal restraint that has occurred since then.

Imagine if the growth from 2002 to 2009 had continued? Wed be approaching Greece.