Readers will recall the Nisbet cartoon of last week. A few people called for it to be banned as racist. The PM responded to the suggestion of a law change to allow this with the very mild statement that the Govt has no plans to change the law to ban racist cartoons, as racism is very subjective and hard to define.

The current law makes illegal statements or publications that vilify a racial group, which is a far tougher criteria.

So the PM’s comments on not changing the law to ban cartoons that offend were hardly controversial I would have thought.

But to some demented extremists on the left, it seems actually it is akin to lynching blacks in the KKK. They’ve been facebooking the cartoon below. 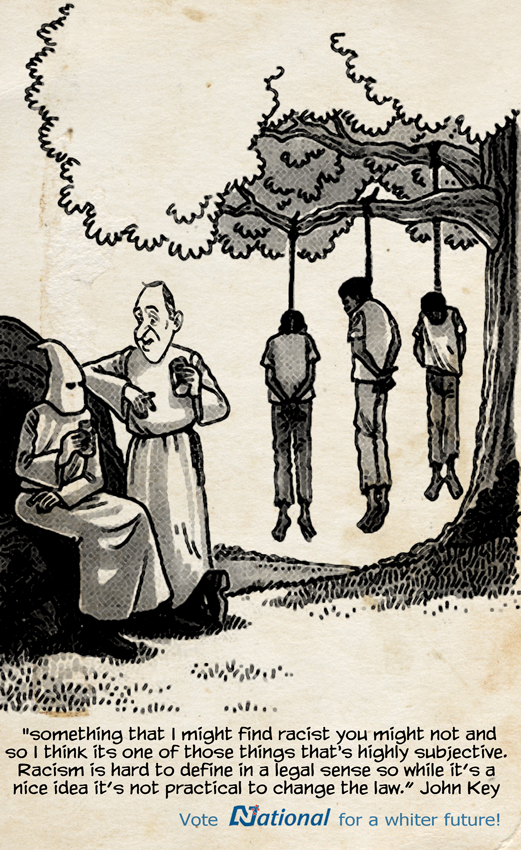 This just shows the demented extreme world view of those who promote this.

But this is how some people think. If you do not agree with them that the law should be changed to ban cartoons like Al Nisbet’s, then you are akin to a KKK member who lynches blacks.