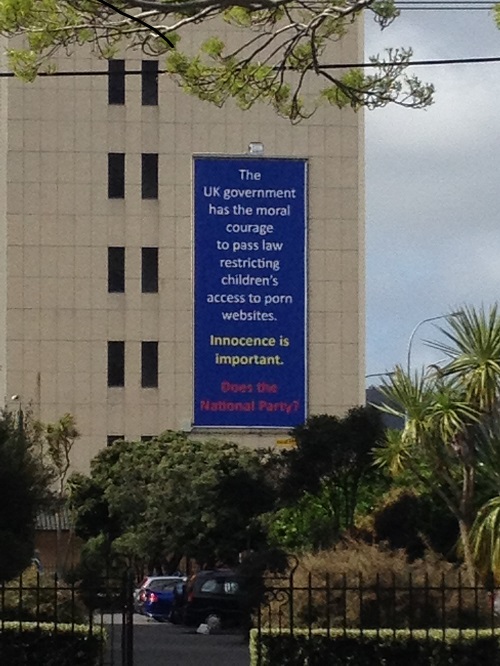 An interesting billboard on Featherston Street. Personally I think it is the job of parents to restrict their kid’s access to unsuitable websites, not the Government. Plus the huge number of kids who have access on mobile phones means any home based filtering is ineffectual at best.

I note the Australian Liberal Party said they planned to introduce a filtering requirement like the one mooted in the UK. They dropped the policy two days later due to the backlash.

Anyway there is nothing on the billboard that says who is responsible for it There is no legal requirement to do so, but it is unusual to have an anonymous billboard. Anyone know who may be behind it? It isn’t Family First as they always put their name and logo on their publications.