Headed up on Waitangi Day to the Whakapapa Village to do the second of the nine Great Walks – the Tongariro Northern Circuit. Got up there around midday and after a quick lunch at Schnapps Bar at National Park, we started the trail around 1 pm.

We got off to a good start by starting on the right trail. A few other trampers started off on the track you end on, and ended up doing an extra hour or so. 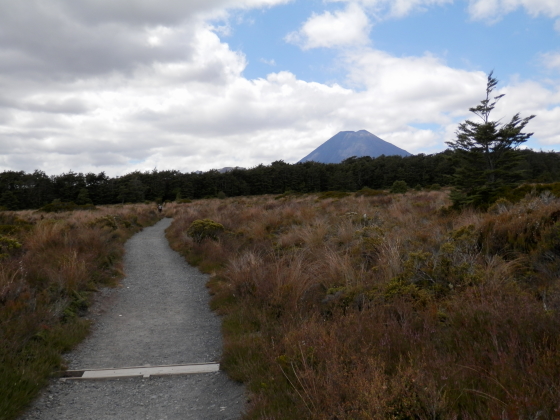 The track starts off well formed, and you can see Ngauruhoe in the distance. 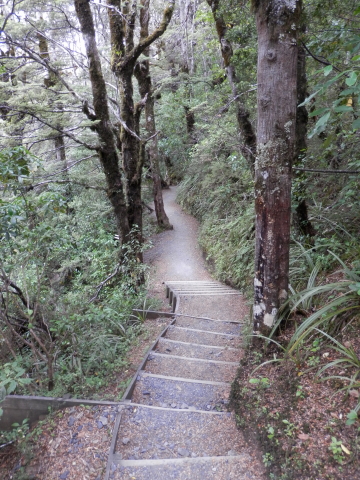 There’s a small amount of bush to go through, but mainly in the open. 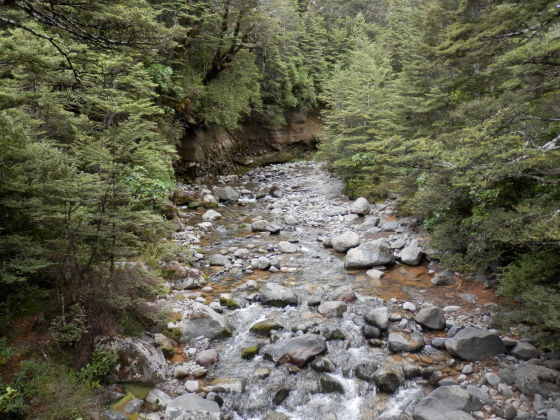 Lots of streams to cross, but being summer quite a few of them were dry. 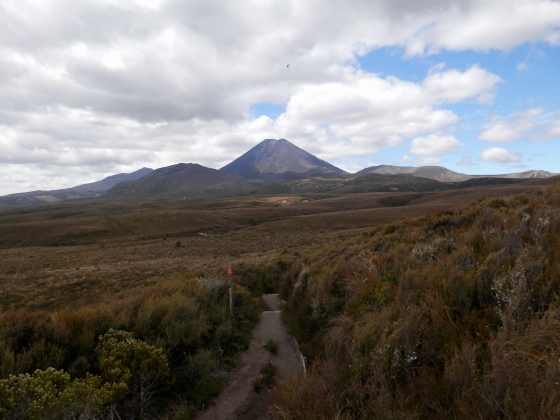 Most of the terrain on the first day is like this. 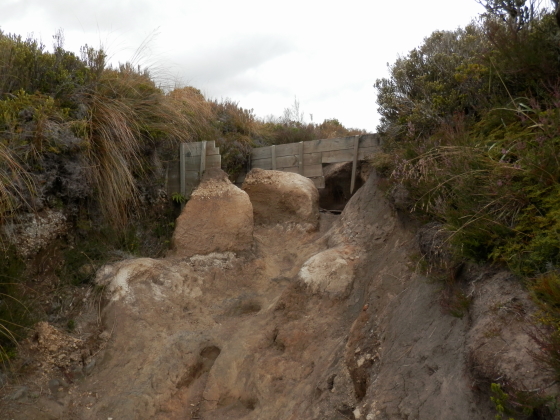 The signs indicate the 9 km track on the first day takes three hours in good weather and five hours in bad weather. We thought this must be a mistake, but a lot of the track is eroded and in heavy rain would be a nightmare to plod through. 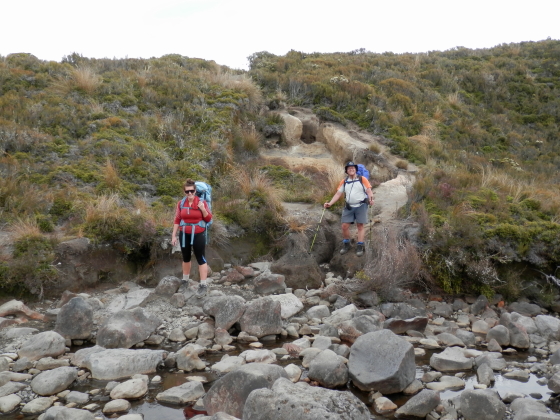 Kerry and David descending to one of the reasonably dry streams. You would drop down into and rise up from over a dozen of them. Nothing at all hard, but does slow you down a bit 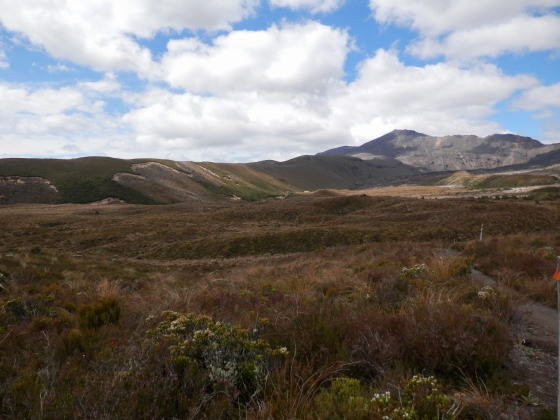 Most of the way it was good weather on the Thursday. 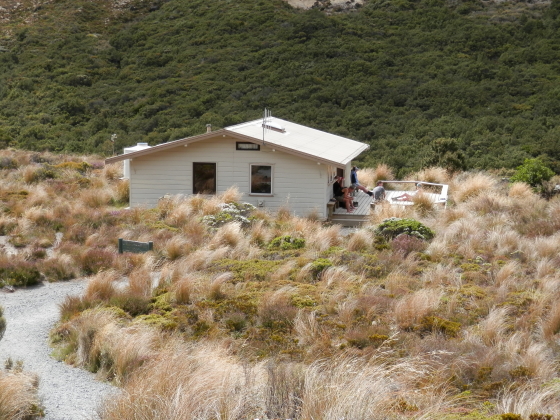 You see Mangatepopo Hut from around a km away. Really well located, and some nice sun to be enjoyed from the balcony. 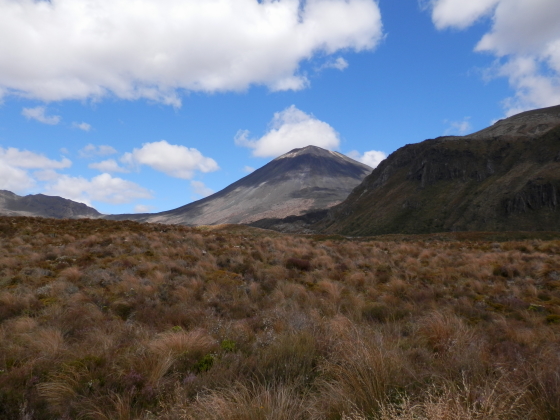 Mt Ngauruhoe as seen from the hut. 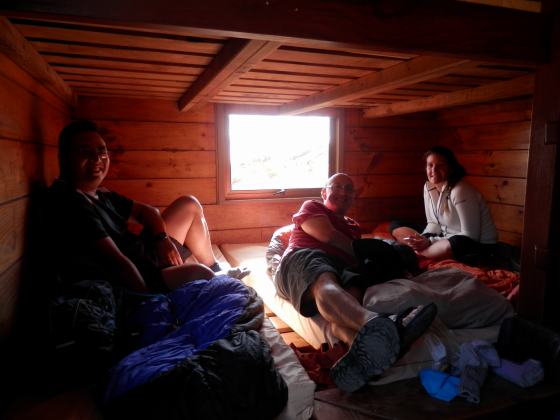 Inside the hut. It’s pretty basic but decent. Sleeps 20 in two bunkrooms and a couple of cookers and tables in the main area. It’s around 15 minutes from the car park where many people start the Tongariro Crossing.

The first day is pretty easy, and a good warm up. Day two was a lot harder!