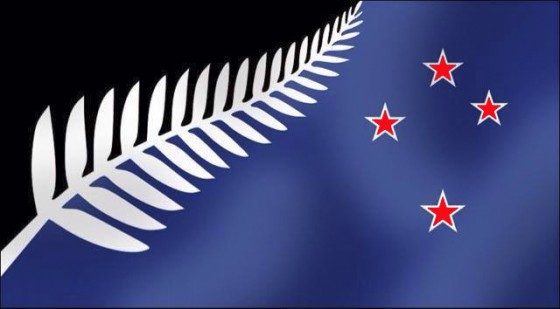 Sent in by another reader. They note:

Interesting suggestion on your blog post on 18 March. This one (attached) has been floating around for a while, pre-dating as far as I am aware the one you posted. I don’t know who designed it, so can’t give it credit.

It strikes a chord with pretty well everyone who sees it – incorporates the fern and black portion, as well as the red Southern Cross stars. I think it’s a cleaner design (simpler, less busy) than the one with red substituted for the black portion.

Less red is not a bad thing 🙂