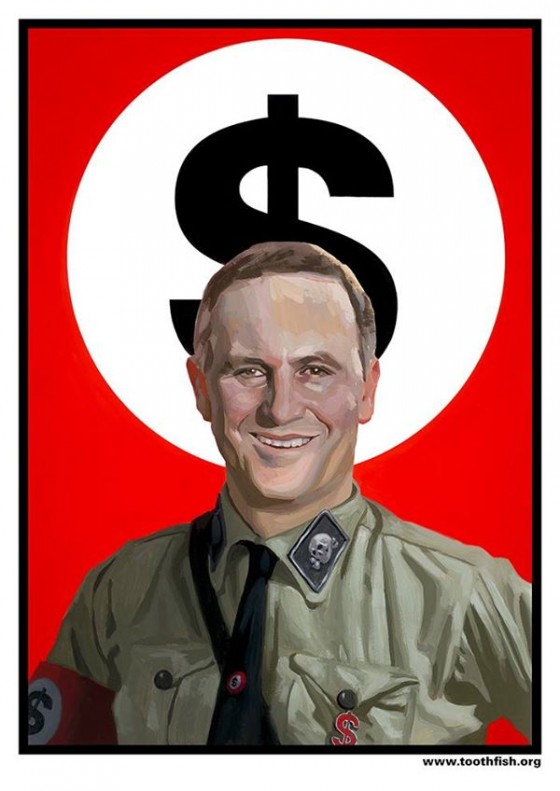 Toothfish is an anonymous environmental activist, who has facebooked this poster which he or she wants donations for, so they can run at least 1,000 of them.

41 people on Facebook have “liked” the poster including former Green candidate and social media campaigner Max Coyle. Now to be fair to the Greens, I am sure the vast majority of them would find the poster as disgusting as the rest of us. There is a reason Coyle is “former” with them.

Personally I hope he/she gets lots of donations for his or her campaign as I can’t think of anything more likely to increase support for National than people seeing those posters.