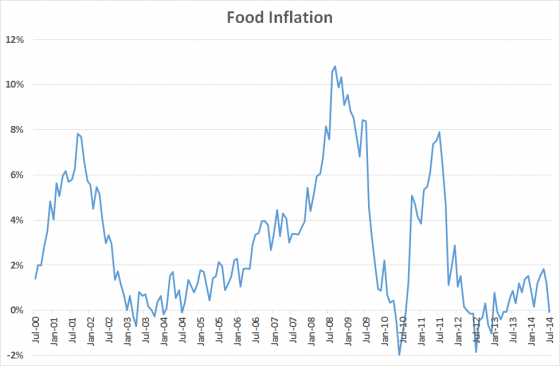 Stats NZ has released their monthly food price index and it shows annual food inflation for the last 12 months was -0.1%, or basically food prices are stable.

The graph below shows food inflation since 2000. Note that the spike in 2011 was partly caused by the GST increase which saw income tax rates drop to compensate.

Food is one of the basic necessities, and the cost of food is a major factor for families. Food prices are mainly impacted by global and domestic markets, but government policies that impact the economy also have an effect.