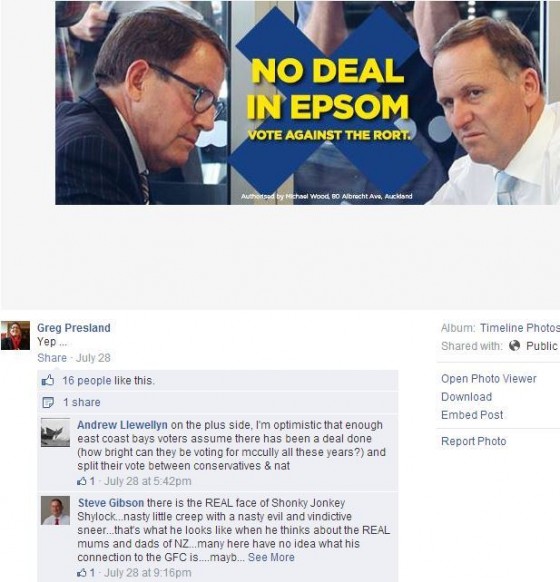 He is entitled to call John Key a “nasty little creep, “with a nasty evil vindictive sneer” even though this doesn’t quite fit Labour’s Vote Positive campaign.

But he is not entitled to call John Key “Shylock”. That is racist and anti-Semitic.

I expect Labour will deselect Steve Gibson rather than have a racist candidate. Well I hope they do.