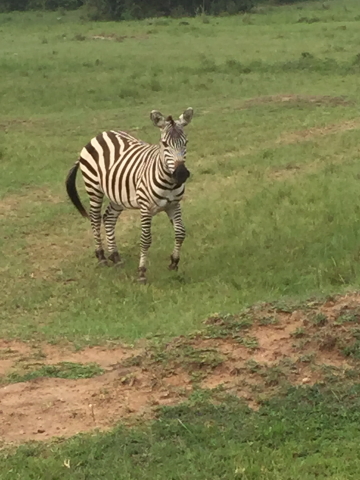 This morning’s ride was possibly the best yet in terms of variety. We saw cheetahs, hyenas and lions all battling over a kill bye cheetahs.

First though we saw some zebras. 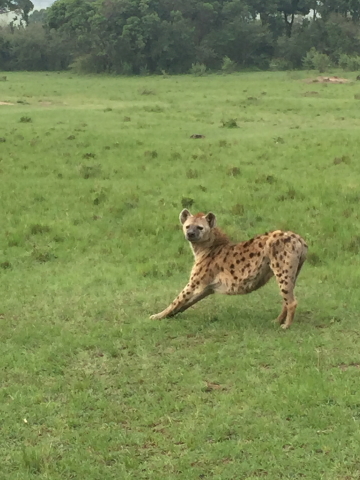 Then a group of hyenas. 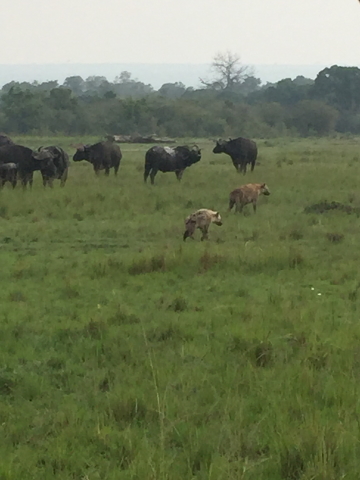 The buffaloes are too big to be worried by the hyenas. 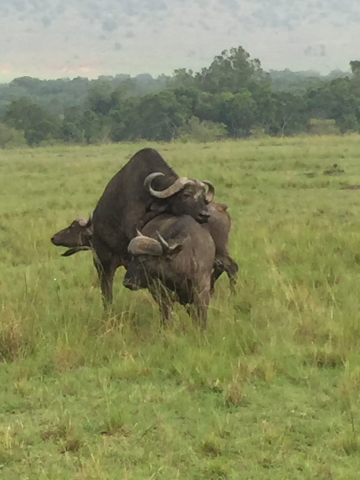 And these two buffaloes were too busy PDAing to notice the hyenas. Incidentally they’re both boys! 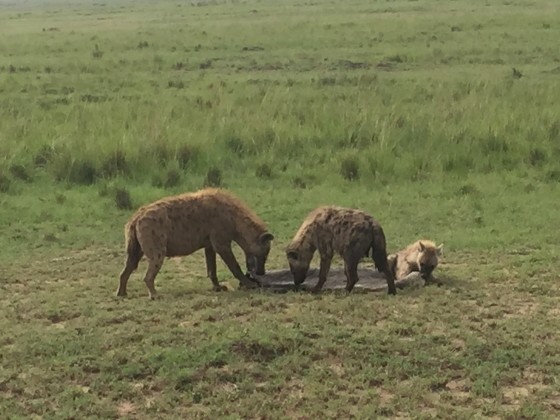 The hyenas found some hippo skin, left over from a hippo killed by a lion. 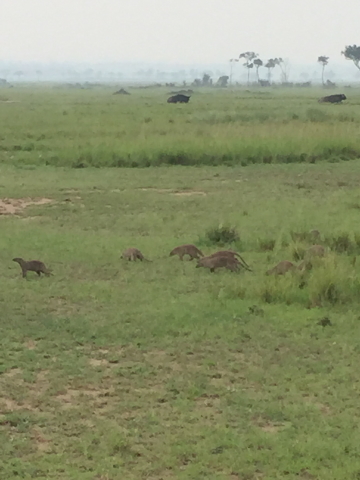 A group of banded mongooses. 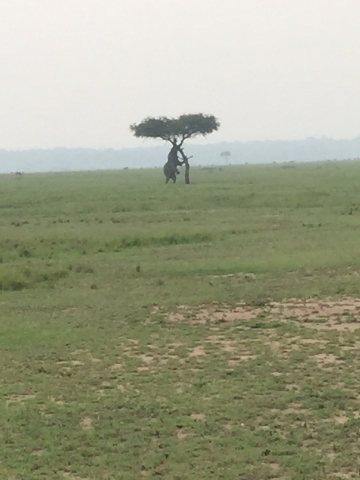 This was an amazing sight. An elephant standing on hand legs only, reaching into a tree. It looks like he is trying to climb the tree! 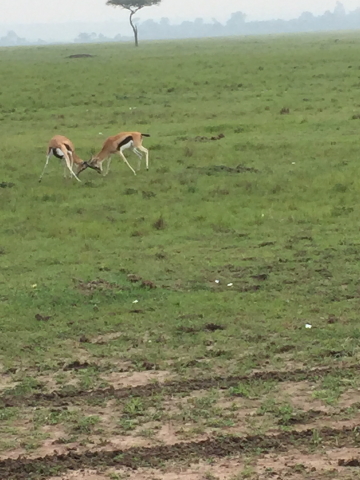 A couple of young bucks fighting. 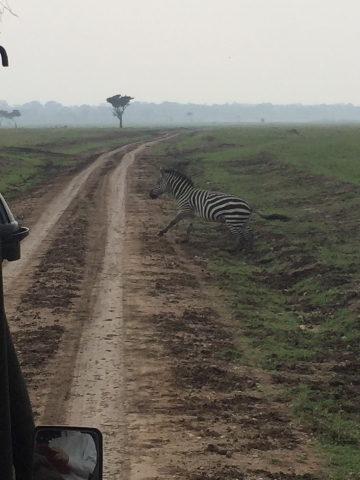 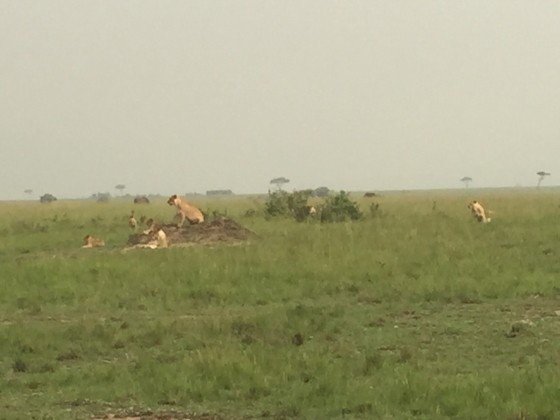 The normal pride of lions. 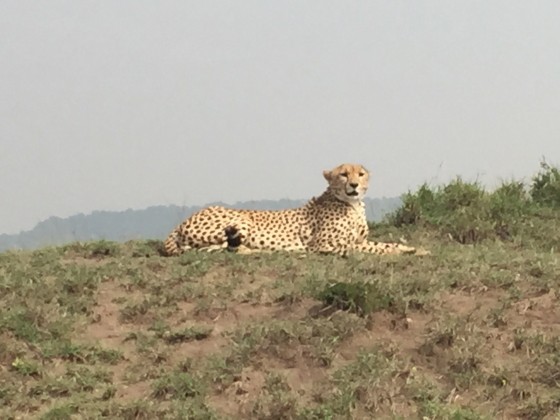 We saw the pair of cheetahs again. 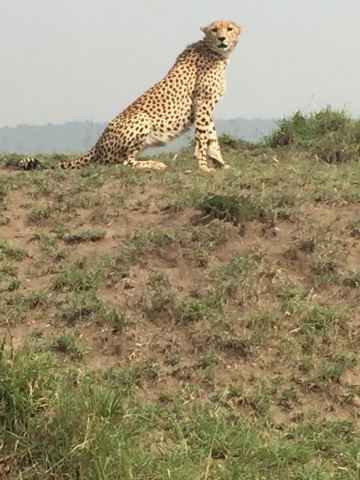 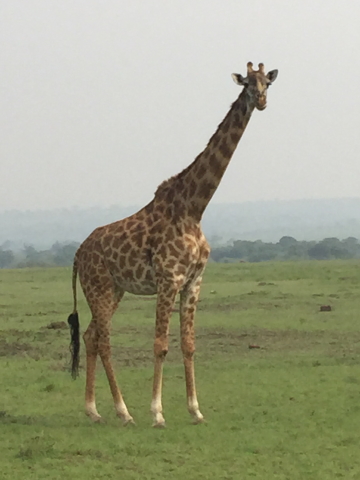 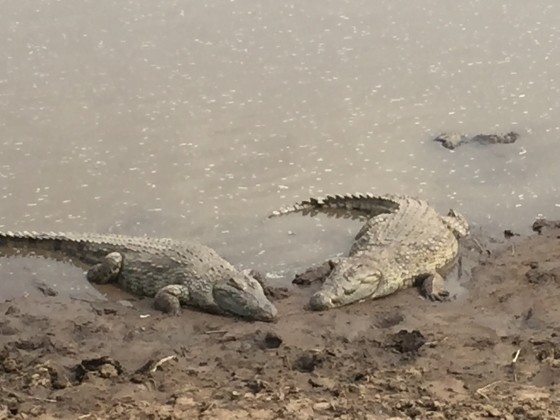 A couple of crocodiles down at the river. 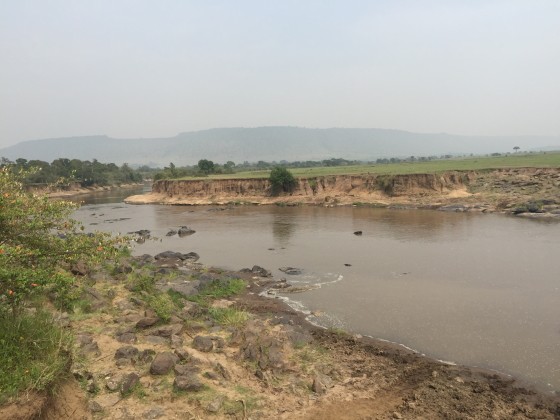 The river, which is full of hippos and crocodiles. 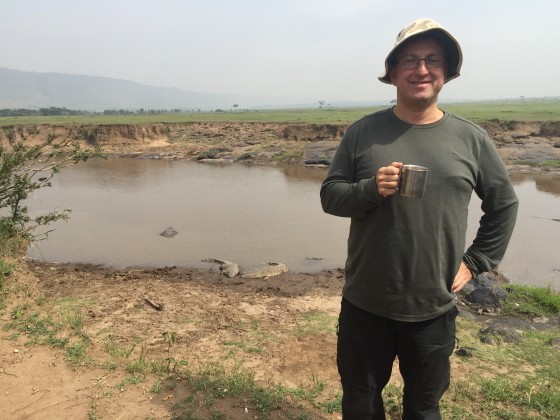 Having a morning coffee with the crocodiles behind me. 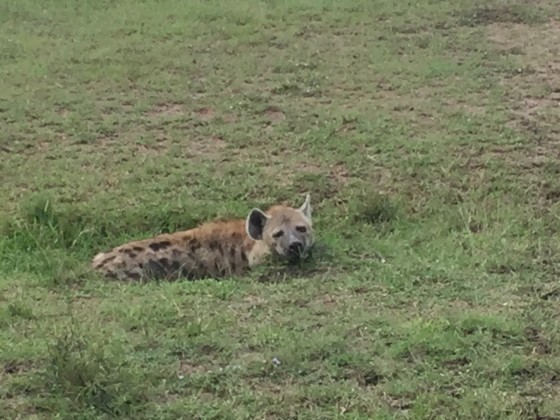 A hyena lying in a pool. The mud suffocates the ticks. 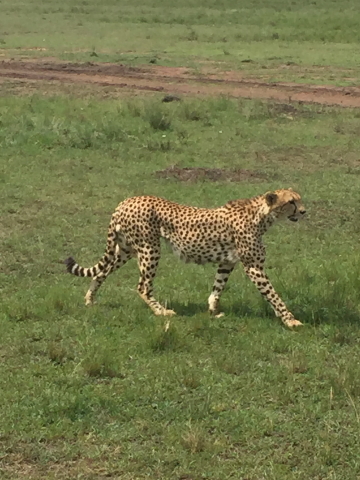 Then we saw the cheetahs hunting prey. 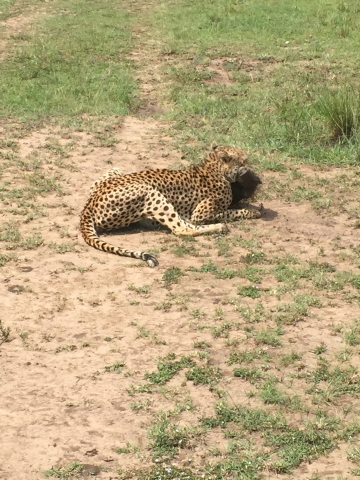 And they caught a warthog. 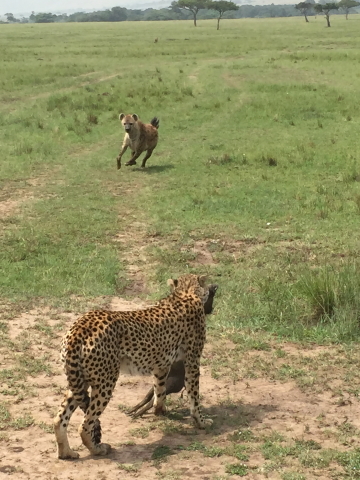 But then the hyenas turned up wanting to have it, even though the cheetahs caught it. 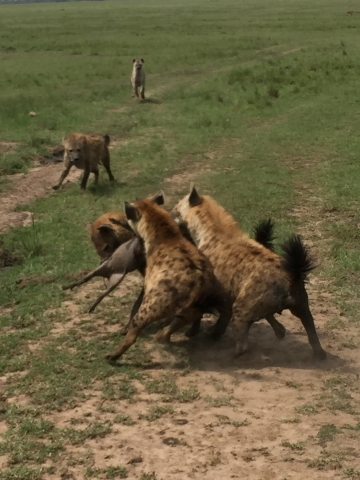 Sadly the socialist hyenas won, and took it off the productive cheetahs 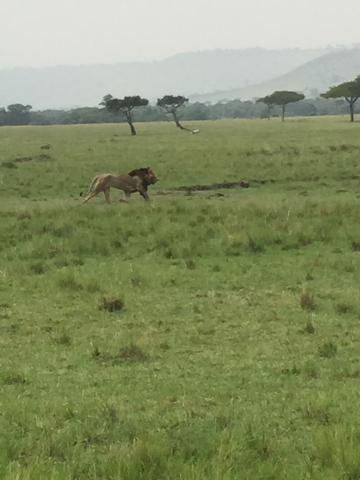 But then a lion turned up and decided it was his, and charged the hyenas – which barely escaped. 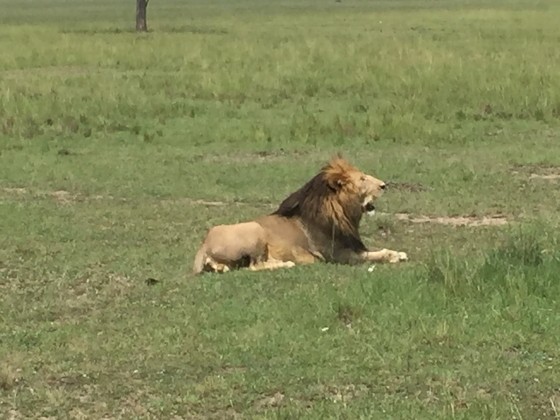 The lion then came towards the cheetahs and charged them. He was hungry and would have happily eaten cheetah instead. Luckily for them, they managed to just out-run the lion, who then sat down  and glared at them.