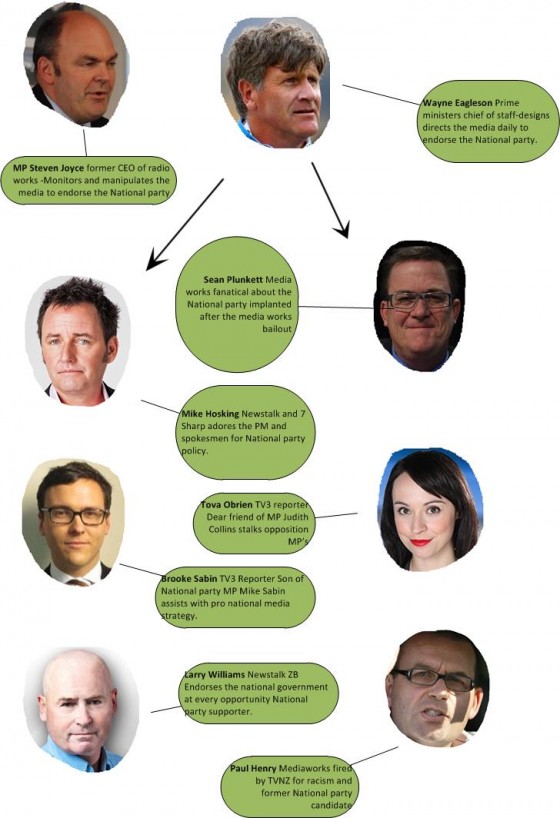 Mana News (appears to be published by Hone and Minto) have produced this little tinfoil graphic showing how the National Party controls the media in New Zealand. They call it the NZ media dictatorship.

The funniest line is when the lament:

It is unnatural for the press gallery to be uncritical of a seven year old government.

If they think the gallery isn’t critical of the Government, then they really are in a different dimension. Since the election the coverage has been way way more negative than positive of the Government.

The wingnuts also believe that the fact National ran advertisements on the Herald’s website before the election means the Herald is part of National’s media team.