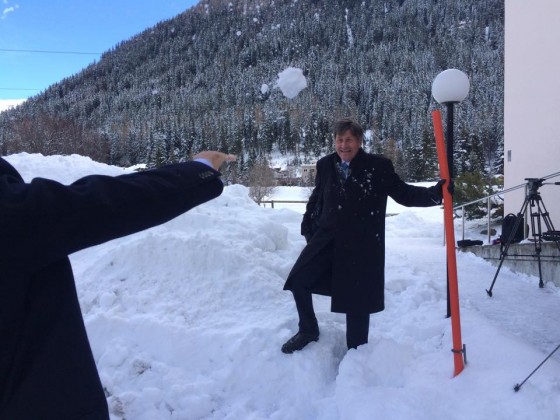 Mr Key will today have private meetings with representatives from Ireland, Sweden and Luxembourg – but even a Prime Minister needs to let off some steam.

I’m sure that isn’t in the job description!

NewstalkZB reports that it is not all snowball fights:

John Key is in demand at the World Economic Forum in Davos.

He’s attending the annual gathering in Switzerland for the first time.

“He has been a target, or a little bit of a superstar at this conference, just because of how well our economy is doing at the moment. He has been asked to speak, particularly about our connection with Asia.”

I’m so pleased we didn’t throw it all away to have a Labour-Green-NZ First-Mana-Internet Government.