A man has reportedly been blindfolded and thrown off a tower block in Syria for ‘being gay’ before being stoned to death after surviving the fall.

New images have emerged appearing to show ISIS militants hurling the man off the seven-storey building in the town of Tal Abyad in Raqqa.

The man, who was supposedly being punished for having a ‘homosexual affair’, apparently survived the fall, but was stoned to death by a waiting crowd at the foot of the tower block.

Again this shows ISIL is a state that is arguably more barbaric than the Nazis were. 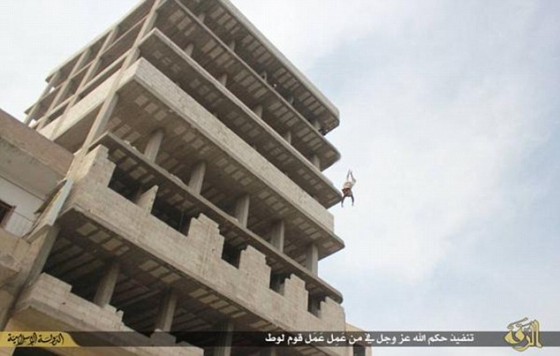 Their followers seem to be in a grotesque competition for the most vile ways they can kill people. Last month another gay man was crucified.