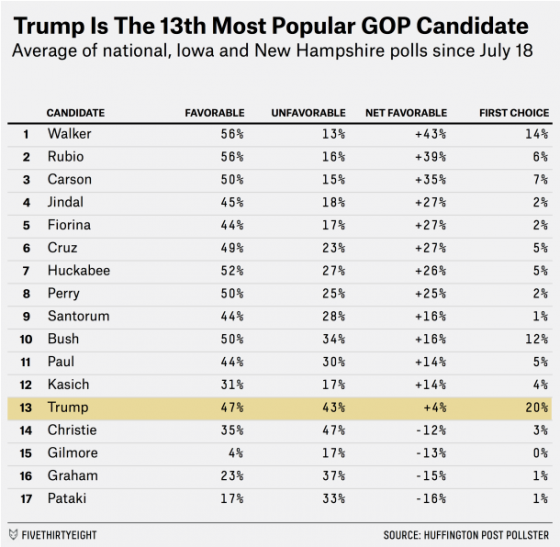 This graph is from 538’s Nate Silver who explains:

On Twitter yesterday, I likened Trump to the bandNickelback: disliked by most people but with a few very passionate admirers. The best contrast to Trump is Marco Rubio: like a “lite rock” radio station, he’s broadly acceptable but few people’s favorite. Rubio’s favorable ratings are much higher (56 percent) than The Donald’s, and his unfavorable ratings are much lower (16 percent). But only 6 percent of Republicans list Rubio as their first choice.

Note these are favourability ratings just from Republicans. To win you need to not just get 90% of Republicans voting for you, but the Independents also.

Anyone with only 20% unfavourability from their own party’s supporters would struggle to win an election. This means Bush may have problems also.