Gifted is the story of two famous literary figures, and the 18 months they spent living together – Frank Sargeson and Janet Frame.

But it is no love story, unless you include Sargeson’s boyfriend Harry Doyle. But there is a strange bond between Sargeson and Frame – tense, respectful and perhaps even some paternal love. 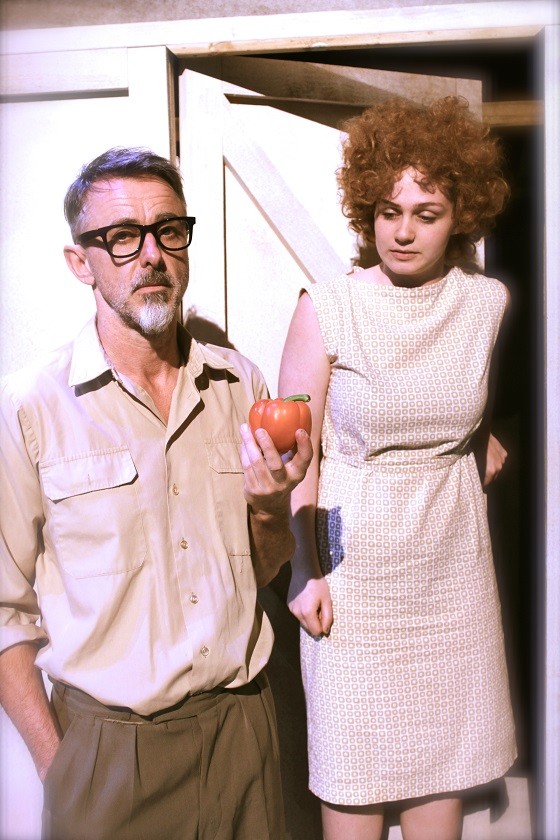 Sargeson is played by Andrew Laing and Frame by Harriet Prebble. Both excelled in their roles. Prebble managed to conver the fragility of Frame, but also her strength and intelligence. Laing captured the urbane Sargeson to a tee, and showed charisma and vulnerability.

Simon O’Connor complemented them as Harry Doyle. He had a strong resemblance to the real Doyle, and managed to play a fairly unsympathetic character convincingly.

The play is what you would call historical fiction. Frame did stay with Sargeson, in his army hut on his property, from March 1955 to July 1956. It was known that their relationship was tense at times, but also that she completed her book while there.

The set includes Frame’s hut, Sargeson’s living room and garden, and his hedge. Oh, yes two typewriters also – which are constant companions in the play.

I wasn’t sure if the play would interest me greatly, but after around ten minutes I was hooked – purely on the strength of the acting. This isn’t a play of suspense, wondering how it would end. It was about enjoying the interactions of three such strong and strange characters.

Frame would often storm out on Sargeson, and refuse to talk to him. However he would find cryptic notes around his house, which were communications from him. His joy in finally deciphering them was superb, but the final note is left ambiguous.

You also sense the frustration of Sargeson as he is writing little at the moment, while Frame is feverishly working night and say – even breaking his rules about no typing after 1 pm. He is a literary giant and mentor, yet this strange young woman challenges him like he hasn’t had before.

Gifted runs at Circa until Saturday 31 October. If you are a fan of NZ literature, this is not one to miss.